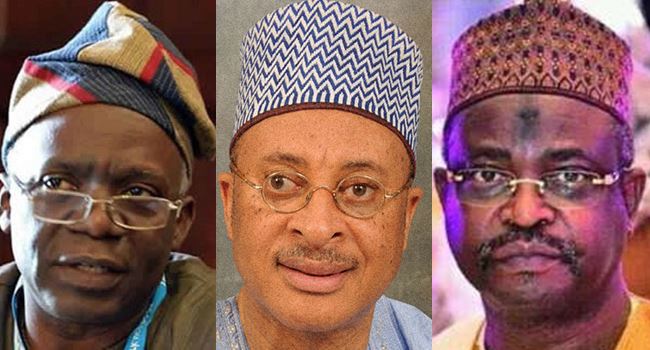 Nigerian civil rights activists under the National Consultative Front (NCFront) have said a draft People’s Constitution for the country will be ready by December 21, 2012.

The group stated in a statement on Tuesday that those who are working as members of the Constitution Drafting/Coordinating Committee of the People’s Constitutional Dialogue include a former Speaker of the House of Representatives, Ghali Na’aba, a prof. of Economics, Pat Utomi; prominent Nigerian lawyers and civil rights activists, Femi Falana (SAN), Olisa Agbakoba, Mike Ozekhome, Tokunbo Awolowo-Dosumu and Hakeem Baba-Ahmed among others.

The group also said that it inaugurated the initiative to save and rescue Nigeria from the precipice, nationwide insecurity and ethnic/civil anarchy.

In the statement signed by the its Head, Public Affairs Bureau, Dr. Tanko Yunusa, in Abuja, the NCFront said: “The Constitution Drafting Committee and Coordinating Committee of the People’s Constitutional Dialogue initiated by Leaders of Conscience under the auspices of the National Consultative Front, to save and rescue Nigeria from the precipice and brink of nationwide insecurity and ethnic/civil anarchy was launched today in Nigeria

“The ceremony, which held both physically and virtually in the light of the second wave of COVID-19 pandemic ravaging the world was flagged off by NC Front Co-Chairpersons, Rt Hon Ghali Umar Na’aba and Prof Pat Utomi, who charged the Committee to work assiduously to make the Draft People’s Constitution of Nigeria available by December 2021.”

Reps insist on probe into illegal deduction of N1.3tn by NNPC from federation account