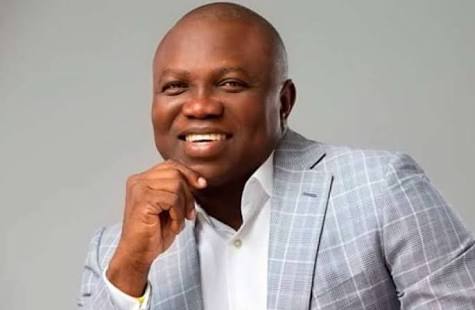 Lagos state governor, Akinwunmi Ambode has been appointed as a member of the Federal Government’s delegation to the 2018 FIFA World Cup which kicks of June 14 in Russia.

This much was revealed by the Minister of Youth and Sports, Solomon Dalung, who he led a delegation from the World Para-Powerlifting Federation on a courtesy visit to Ambode in Ikeja during the week.

According to Habib Aruna, chief press secretary to Ambode, Dalung said tthe appointment was in recognition of Ambode’s efforts in repositioning sports as a catalyst for development and growth in the state.

“I want to inform you that the President of the Federal Republic of Nigeria has approved you as one of the members of the Federal Government delegation that would be leading and representing him and other Nigerians in Russia at the World Cup,” the Minister said.

“The President’s approval of you as a member of that delegation is borne out of the conviction that you have been one of the governors that have invested heavily in sports and also supported sports.”

Dalung said the delegation from the WPPF led by Sam Munkley was at Lagos House as part of the bid by Nigeria to host the World Powerlifting Championships in Lagos in 2019.

Reacting to the appointment, Ambode thanked the President, adding: “With our morale and physical support, Nigerians would be made proud and I am sure people should not bother about what they are seeing with the friendly matches; they are supposed to be friendlies and I am sure the team will put all their energy and make Nigeria proud.”

The governor said the state government would support the Nigeria Powerlifting Federation to ensure that the country got the hosting right for the world championships.

“Lagos State is ready and committed to host the championship. We have done so much in the area of sports and also sports for people with disabilities and this is part of our overall vision to use sports to develop the city itself,” he said.