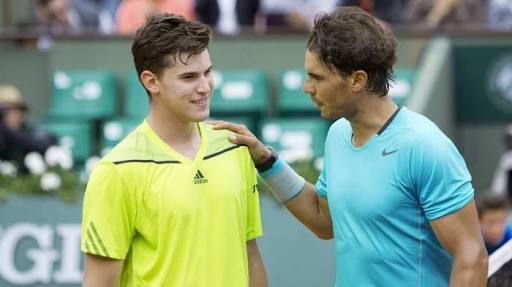 Spaniard Rafael Nadal and Austrian Dominic Thiem are set to go head-to-head on Sunday as they battle for the 2018 French Open title.

Both players sealed their places in the final after overcoming Juan Martin del Potro and Marco Cecchinato respectively in the semifinals on Friday.

32-year-old Nadal will bid for a record-extending 11th French Open title, as Thiem, 24, will contest his first major final.

Nadal is only the second man after Roger Federer to reach 11 finals at the same Grand Slam.

“I am very happy to be back in the final here at Roland Garros. For me it’s incredible,” said Nadal.

“It’s impossible without hard work and going through tough moments.

“You have to be focused and keep your passion for the game. I never dreamed in 2005 when I played my first final here that I would be in another one.”

Speaking after his own semifinal victory, Thiem said: “I have gone a very long way now and I don’t want to lose the finals; otherwise, it’s not a very nice feeling.

“But on the other hand, it’s so tough to go all the way in such a tournament. Facing Rafa, I’m not the one who has the pressure.”

Both players face each other in the Grand Slam final on Sunday.