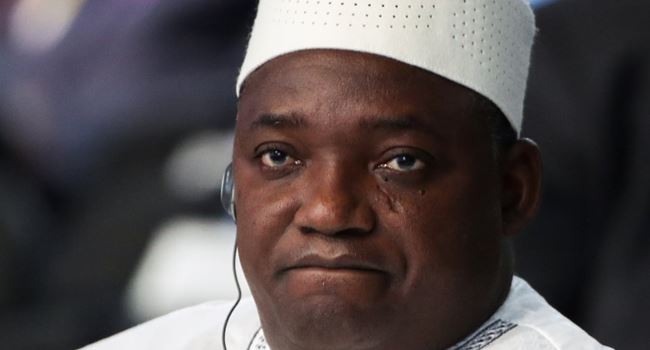 Incumbent president of Gambia,
Adama Barrow, was on Sunday, declared winner in the country’s presidential election held on Saturday by the electoral commission, winning a second term in office in the tiny West African nation.

The electoral commission chairman, Alieu Momarr Njai, declared Barrow the winner, while announcing the final results hours after rival candidates had challenged partial results that gave him a commanding lead.

Saturday’s election which was the first since former dictator, Yahya Jammeh, fled into exile, is seen as crucial for the nascent democracy in the country.

However, before the full results were announced, three of Barrow’s rival candidates had rejected the partial results that gave the incumbent president an early lead.

“At this stage, we reject the results announced so far by the electoral commission,” Barrow’s main rival, Ousainou Darboe and two other candidates had said in a joint statement.

Barrow, 56, had faced five challengers in his re-election bid, and the vote count was slow in part because of the country’s unusual voting system, which made the opposition cry foul over alleged manipulation in the election.

Kenyan father sues son for abandoning him, demands 20% of his salary