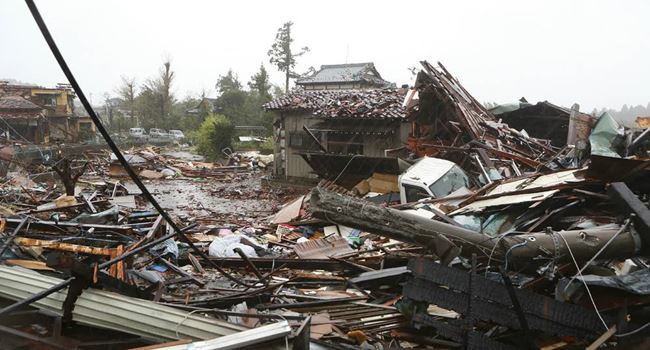 Japanese authorities have confirmed the death of at least 18 people and a dozen others injured as typhoon Hagibis made landfall in Japan.

Rescue efforts are currently underway after the powerful typhoon paralysed Tokyo, late on Saturday leaving nearly half a million homes in the city without a power supply.

According to reports, the typhoon also affected surrounding areas of the city causing rivers to overflow and leaving almost half a million homes in distress.

The devastating effect of the typhoon has forced Prime Minister Shinzo Abe to convene an emergency meeting of relevant ministers and dispatched the minister in charge of disaster management to the worst-hit areas.

“The government will do everything in its power to cooperate with relevant agencies to restore services as soon as possible,” said Abe. The government has also set up a task force to deal with the damage, NHK reported.