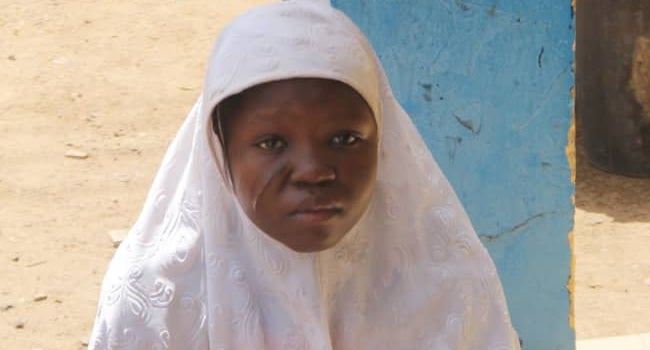 A young housewife in Bauchi, 18-year-old Salma Hassan of Itsas Gadau in Bauchi State has been arrested for allegedly killing her husband, Mohammed Mustapha, 11 days after their wedding.

According to reports, Hassan killed her husband over sex.

The suspect, while speaking with reporters on Thursday during her parade alongside other suspects by the police, said she stabbed her husband in the chest because he insisted on sleeping with her.

She said: “We were married and we loved each other. After 11 days of our marriage, he came to sleep with me but I refused. He hit me and I took a knife and stabbed him. I never meant to kill him. I only wanted to threaten him. It was a small stab and I did not know he would die.

“I am in great pain. I am in bitterness. I don’t know what will happen to me.”

Speaking during the parade, the state Commissioner of Police, Phillip Maku, stated that Salma committed the crime on April 24, 2020.

According to him, one Hauna Musa reported the incident at the Itas-Gadau Police Division after which the suspect was arrested.

The CP also disclosed that Mustapha sustained serious injury and was rushed to the General Hospital, Itas-Gadau, for treatment, where he was confirmed dead.