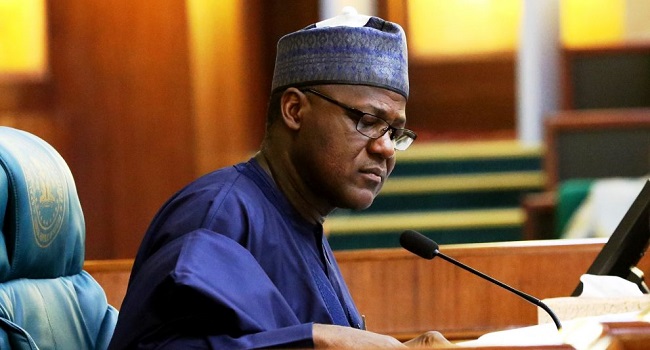 A coalition of political parties in Bauchi has rejected plans by the Independent National Electoral Commission (INEC) to relocate the constituency collation centre from House Representatives Speaker, Yakubu Dogara’s Constituency.

The coalition said the INEC had planned to work with the ruling All Progressives Congress (APC) to move the collation centre from Zwall in Tafawa Balewa Local Government to a different location.

The group maintained this position at the end of a meeting in Bauchi on Saturday and that they had communicated their position to INEC.

The parties in the communique said: “ That Zwall was chosen as the new collation centre in March 2015 few days to the 2015 general elections on the recommendations of the Federal Government for security reasons.

“That the Federal High Court Abuja had on March 23, 2015 ordered that the collation centre should remain in Zwall.

“That any attempt by INEC to move the collation centre will contradict the subsisting judgment of the court and could constitute contempt of court.

The statement said Zwall was chosen as the center in the constituency for reasons which include, location of Zwall on the Federal Highway linking all the three LGAs, the accessibility of the town across the three local government areas and the relative peace enjoyed overtime.

The Coalition expressed surprise that at the decision of INEC with few weeks to the elections.

“We are also aware that INEC wants to convene a surreptitious meeting in its office in Bauchi of so-called stakeholders any anytime soon where only a handful of people would be invited, granted access and will be made to sign a prepared document endorsing the proposal.”

“That INEC should know that our area has witnessed unprecedented peace in the last four (4) years and should not allow itself to be used to cause crisis with this hidden agenda. We want a peaceful, free and fair election.

The group vehemently rejected the purported plan by INEC, saying, “Consequent upon the above, we therefore totally and unequivocally oppose, reject and shall resist every attempt by INEC to move the collation centre from Zwall in Tafawa Balewa LGA not only to Dass but to any other location for that matter”.

ONNOGHEN: Dogara calls for caution, says Nigeria is not a Banana Republic