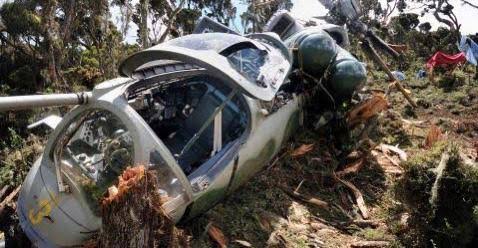 At least 22 people have been killed after two Ugandan military helicopters crashed in the eastern part of the Democratic Republic of Congo on Wednesday afternoon.

The Congolese army spokesman confirmed the incidents to journalists in Kinshasha.

He said the helicopters were sent by Uganda to Congo DR in December last year to help fight a rebel group known as the Allied Democratic Forces (ADF) in the mineral-rich eastern region.

The ADF which is based in Congo DR since the late 1990s regularly launches attacks into Uganda.

He said: “We can confirm the crash which happened early today. It involves two helicopters. We are talking about 22 dead for the time being.

“The Ugandan army have not yet told us the circumstances of the crashes.”

He said: “There were fatalities, but I don’t have any extra details at the moment.”