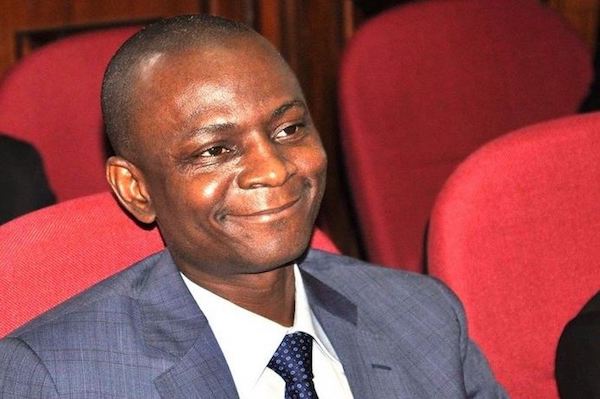 The Economic and Financial Crimes Commission (EFCC), has reacted to the acquittal of Robert Azibaola, a cousin of former President Goodluck Jonathan, describing it as “unfortunate”.

The Federal High Court in Abuja had on Monday discharged and acquitted Azibaola of an alleged $40million contract scam.

Azibaola was charged alongside his wife, Stella and their firm, One Plus Holdings Nigeria Limited, were charged by EFCC for alleged money laundering.

In the judgment delivered by Justice Nnamdi Dimgba, the court held that the prosecution failed to prove essential elements of the two-count charge it preferred against Azibaola and his firm beyond every reasonable doubt.

However, the EFCC in a statement by its spokesman Tony Orilade, said the anti-graft agency will study the judgement thoroughly and take necessary steps to appeal the court’s judgement.

It said: “The EFCC expresses concern that despite the weight of evidence brought before the court and witnesses presented, Justice Dimgba held that, the prosecution must show directly how the defendant took possession of funds and knew that it forms part of proceeds of corruption”.

“Invariably, the Commission’s legal team will be studying the judgement thoroughly and will be taking necessary actions to appeal it as we hope that the appellate court shall view the merit of the prosecution and do justice to the case.”