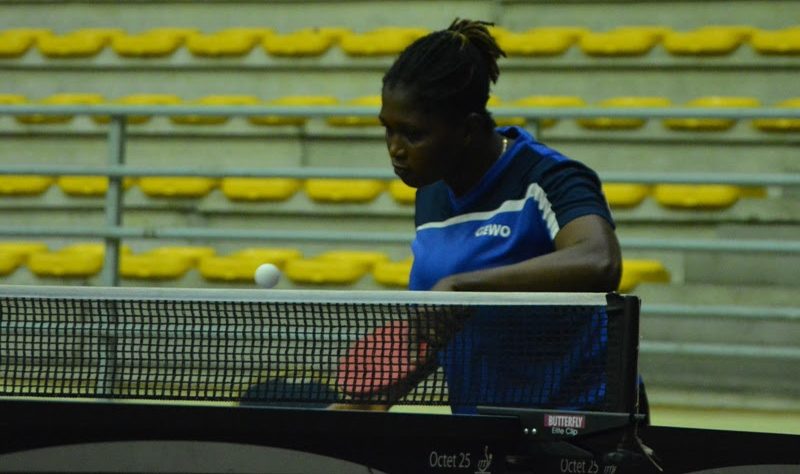 It was Nigeria’s Fatimo Bello that emerged as champion in the women’s event after beating compatriot – Tosin Oribamise 4-2 in the final of the women singles category.

From the group stage, Bello did not drop a game to sail to the final where she had to come from 2-0 down to beat Oribamise and emerged as the champion.

“It was not easy at all because I had to come from behind to win the encounter. I am very happy and grateful to the Nigeria Table Tennis Federation (NTTF) for the opportunity to represent my country. I must also acknowledge the support from the Abidjan fans,” Bello said.

In the men’s final, home boy – Oba Oba Kizito thrilled the fans with his performance after a convincing 4-0 win over Benin Republic’s Monday Olabiyi.

Kizito admitted that the quarterfinal tie against Nigeria’s Augustine Emmanuel remained the toughest match he played in the competition.

“I am so happy that I made my people proud with this win as I was really determined to become champion. It was a bit easy in the final but the quarterfinal win has boosted my confidence that I can win the tournament,” the 24-year-old said.

Cote d’Ivoire’s Nadia Keamanan settled for bronze in the women while Ghana’s Derek Abrefa finished third in the men’s event.

The winners are expected to represent the region at the 2020 Africa Top 16 Cup in Tunisia.

11 of the 15 countries in West Africa competed at the two-day championship hosted by the Federation of Ivoirien Table Tennis (FITT) with support from ITTF.

BRAZIL 2019: Golden Eaglets to battle Netherlands in second round