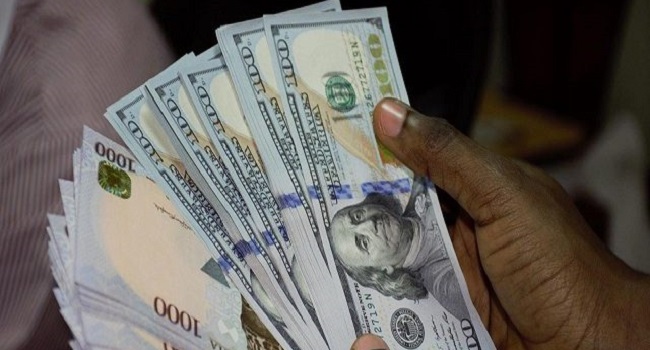 The forex turnover rose significantly by 229.24 percent, as the Naira’s exchange rate appreciated marginally against the dollar at the official market on Thursday.

According to data posted on the FMDQ Security Exchange, where FOREX is officially traded, Nigeria Currency closed at N411 to a dollar compared to N411.25 the rate it closed on Wednesday.

Thursday rate represents a N0.25 or 0.06 percent appreciation from Wednesday.

Dollar supply in the market soared to $110.46 million as against the $33.55 million posted on Wednesday.

Meanwhile, at the black-market Naira remained at N485, the same rate it has been exchanging hands since April 22.

The difference between the official and black market is now $74.