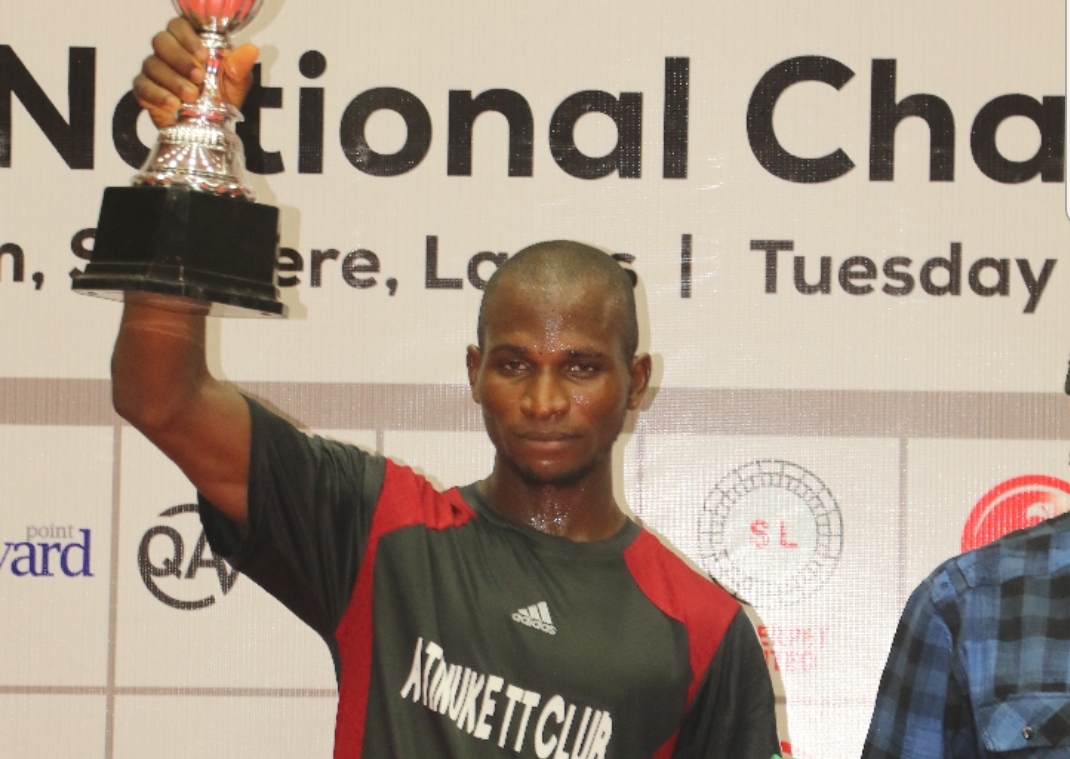 G20’s Fatimo Bello also continued her dominance in the women’s singles in the country and as she clinched her latest title in Lagos.

Akanbi, whose inconsistency had dropped his national rating, worked his way to the top of the men’s singles after edging out title contenders like Amadi Omeh and Azeez Solanke before finally ending the unbeaten run of Taiwo Mati in the final to emerge as the new national champion.

The former Asoju Oba champion was never considered a title contender having performed poorly at the 20th National Sports Festival in Edo as well at the Aso Cup in Abuja, but at the weekend, he put up a good performance to lift the coveted trophy alongside the N250,000 star prize in the men’s singles.

Ondo and G20 won the highest number of medals in the 12 events competed for at the five-day championships, with 18 states and 18 clubs making up of the 300 players that participated in the tournament.

A delighted Akanbi described his win as a reward of hardwork. “I am so delighted to win this title because nobody considered me as a title contender having lost form in the last three years.

“But I think I played my best in this competition and my opponent in the final was a familiar foe to me having beaten him in our last two meetings before today’s final. I hope to continue to raise my game hopefully to get myself into the national team,” Akanbi added.

The tournament was organized by NTTF in collaboration with the Lagos State Sports Commission (LSSC) and support from Baba Ijebu Bet, Prime Atlantic, and a host of others.