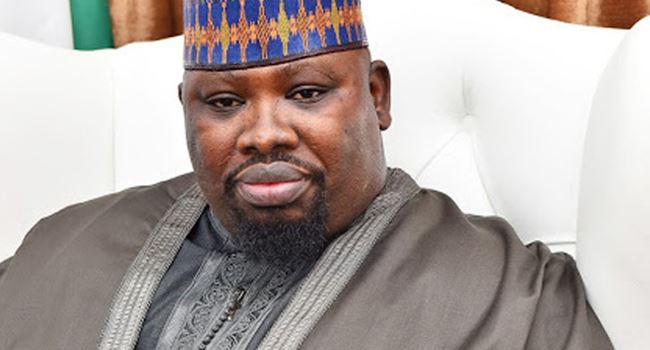 A former aide to ex-President Goodluck Jonathan, Reno Omokri has taken a swipe on Nigerians claiming that £200k (₦100 million) cash allegedly found on Nasir Danu does not amount to money laundering.

Danu, said to be President Muhammadu Buhari’s close associate, was recently arrested at Heathrow Airport in the UK allegedly with a fake Maltese passport and more than £200,000 in cash.

Some Nigerians had defended Danu, saying that the money recovered from him was not meant to be laundered.

But in a tweet on his Twitter handle hash tagged ‘#BuharisCorruptInnerCircle’, Omokri wondered why some people could say the money found with Danu does not amount to money laundering.

He argued that if Buhari’s government could accuse Omoyele Sowore of laundering less than $40,000, “then he (Buhari) must charge his crony Nasir Danu, for allegedly laundering £200k.”

He wondered if the Economic and Financial Crimes Commission (EFCC) “is meant for only for the Peoples Democratic Party (PDP) members.

Omokri wrote, “This is to those defending General @MBuhari’s crony, Nasir Danu, by saying £200k cash (₦100 million) found with him is not money laundering. How much was Sowore accused of transferring that he is charged with money laundering by Buhari? 10% of €200k!

READ ALSO: PDP TO APC: Your unfounded allegations against Jonathan won’t cover up your failures

“Since General @MBuhari arrested and is trying Sowore for money laundering for transferring less than $40,000, then he must charge his crony Nasir Danu, for allegedly laundering £200k. Or is @OfficialEFCC meant for only @OfficialPDPNig
members?”

Aside alleged treason, and cyberstalking, Sowore, the RevolutionNow convener, is also being prosecuted of money laundering.

Buhari government is accusing him of laundering the sum of $36,950.