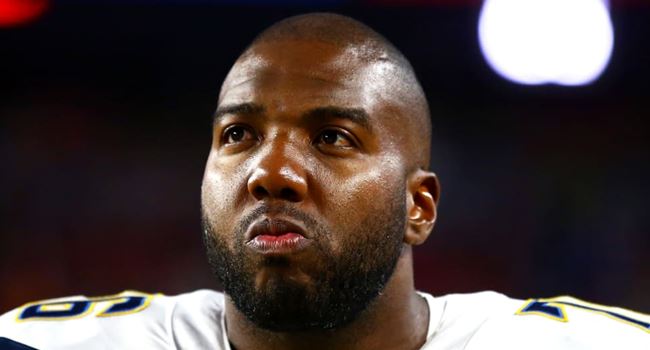 Nigerian-born American football star, Russell Okung, has written a letter to President Muhammadu Buhari warning that Nigeria risks falling behind if decisive action is not taken on bitcoin.

He said countries that take the initiative first will benefit the most.

He said global central bankers who have control over Nigerian economy do not want the best for the country, and adopting bitcoin standard will help with the country’s economy.

Okung is the first NFL player to collect his salary in bitcoin, after splitting it into halves: cash and crypto, and has been a proponent for the digital coins for years.

According to him, now is the right time for President Buhari to take a decision in support of bitcoin, as hope of Nigeria lies within the current generation.

Okung’s citing steams from Paxful data, a cryptic exchange, which stated that about 1.5 million Nigerians have traded $1.5 billion worth of bitcoin.

In his letter to President Buhari, the footballer said, “The tone of this letter is meant to convey urgency both in terms of the forthcoming economic despair and the limited window to act on this opportunity with fierce boldness and strong leadership.

“While the challenges of COVID-19 and increased global unrest continue to instill fear in the hearts and minds of citizens everywhere, Nigerians can claim international greatness by rising to the occasion that our unique times require.” He wrote in Bitcoin Magazine on Sunday.

He used Iran, Russia, China, Singapore, Barbados and Kenya as examples of countries using bitcoin to better their economy, attract wealth and as a means to circumvent U.S. sanctions which prevent them from full participation in the global financial system.

He said the plus side of Nigeria getting involved in cryptocurrency is that the country doesn’t need permission or get license for it, and with the finite supply of bitcoin, which is expected not to be more than 21 million in circulation, the struggle for bitcoin will soon rise as more nations enter the community.

“As this simple yet unique property of scarcity becomes more widely understood, the economic laws of supply and demand will create a global frenzy to acquire as much bitcoin as possible, before it’s too late.” Okung stated.

Related Topics:BitcoinRussell Okung
Up Next