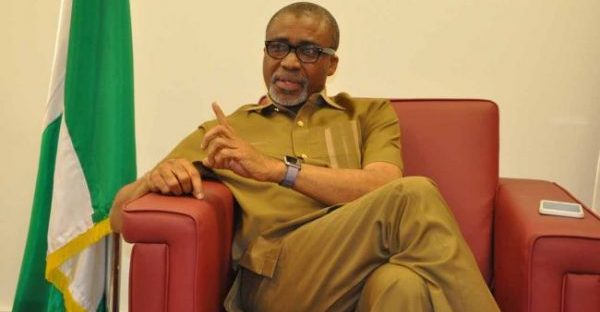 Senator Enyinnaya Abaribe, a vicious critic of President Muhammadu Buhari, may be the next Senator to face the battle to maintain his seat at the Senate like the embattled Kogi West senator, Dino Melaye.

Some members of his constituency under the aegis of Coalition of Abia South senatorial Movement (CASSM) have vowed to recall him for alleged failure to meaningfully represent them.

Though the group was clear on why they want their representative at the Senate recalled, there are however feelings in some quarters that the move may not be unconnected with the Peoples Democratic Party (PDP) senator’s stern opposition to Buhari.

This is more especially as the senator had only recently at the plenary of the Senate dubbed Buhari incompetent to the chagrin of some of his colleagues, perceived to be the presidents staunch supporters.

Already, CASSM on Tuesday kick-started the move to recall the senator with the distribution of recall forms to the six council areas which make-up the zone for collection of signatures.

According to the group’s leader, Prince Paul Ikonne, Abaribe has “woefully failed us,” he told newsmen at the venue where the recall forms were distributed in Abia State.

He said, “We are here to commence the recall of Senator Enyinnaya Abaribe because he has failed woefully, enough is enough.

“We sent him to National Assembly to get projects and make good laws but the reverse is the case. He has failed woefully. Let him come home. We have our PVCs and with our PVCs we are going to recall him. The process starts now.

“It is not a political party affair. I am of APC. We have APGA, APDA, PDP and other parties. It is about Abia South senatorial zone. We are distributing recall forms to the six Local Government Areas that make up the district.

“The six council areas are fully represented. We will gather again in the next 14 days to compile the result and take the forms to INEC.”

Also speaking for the group, Mr. Daniel Nwaeze, a lawyer, accused the senator of “unleashing many attacks” on President Buhari.

He said, “We have gone far in his recall process. He is not performing. What he is doing at the National Assembly is not what we sent him to do. We never sent him there to go and insult the President even when he has not attracted any dividend of democracy to the constituency.”