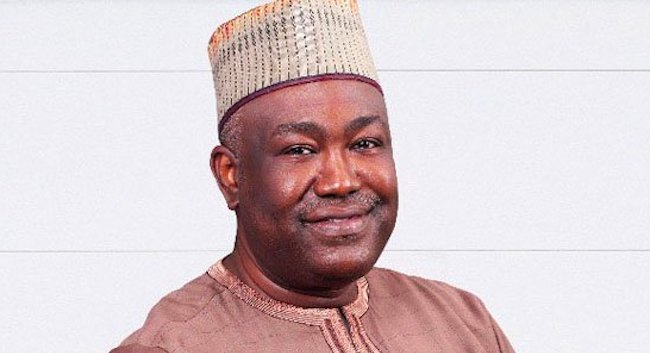 A chieftain of the Peoples Democratic Party (PDP), Gbenga Olawepo-Hashim, on Wednesday dumped the party for the All Progressives Congress (APC).

Olawepo-Hashim, who is a founding member of the PDP, announced his switch to the ruling party at a media briefing in Abuja.

He said the major opposition party lacks what it takes to move Nigeria forward.

Olawepo-Hashim’s switch to APC came just a few hours after a member of the PDP Board of Trustees (BoT), Senator Joy Emordi, dumped the opposition party.

He said: “In deciding for the APC, I have no illusion that I have come to a perfect party or that the struggle to birth a new Nigeria on this my chosen new platform will be easy. I will continue to rely on your prayers and support, the strength of the Lord and his guidance and protection as I embark on this journey.

“Please permit me to state that in taking this decision my long-standing commitment to the struggle for Justice and Equity will not waver just as my adherence to the principles of true federalism will not wane. At the same time my three-and-a-half-decade struggle for the improvement of the welfare of the downtrodden Nigerians will not diminish and I remain solid in my pursuit of a New United, peaceful and prosperous Nigeria.

“Ironically, the other party does not even care a whim about curbing corruption and regrettably, its members celebrate their newly adopted legacy of graft and display of criminal opulence.

“The other party is a far cry from the community of honourable men and women that it was in 1998 when we launched it.

“I was privileged to serve as the first elected Deputy National Publicity Secretary as well as chairman of the important Group of 54 National Executive Committee members that included a majority of the party’s elected governors in 1999 and by the Grace of God today I will be attending the stakeholders meeting of the Federal Capital Territory Chapter of the All Progressive Congress in what is my first public event as a member of the party.”

I have no hand in Secondus ordeal – Atiku