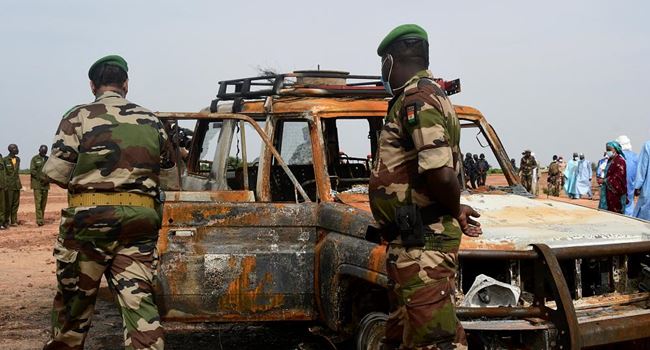 Barely one week after 58 people were killed by insurgents in the Niger Republic, armed men on Sunday night killed at least 40 people in villages near the country’s border with Mali.

The area has recorded several deadly attacks by armed groups with links to the Islamic State and al-Qaeda.

Sunday night’s attacks spilled into the early hours of Monday in three villages in the Tahoua region, bordering the Tillaberi region in the so-called “tri-border area” where frontiers in Niger, Burkina Faso, and Mali converge.

A local official, who confirmed the attack, said:

“Armed men arrived on motorbikes and shot at everything which moved. They attacked Intazayene, Bakoarate and Wistane and surrounding areas, killing at least 40 people.”

The insurgency in West Africa’s Sahel has killed hundreds and displaced nearly half a million others.

Related Topics:nigerNiger Republic
Up Next