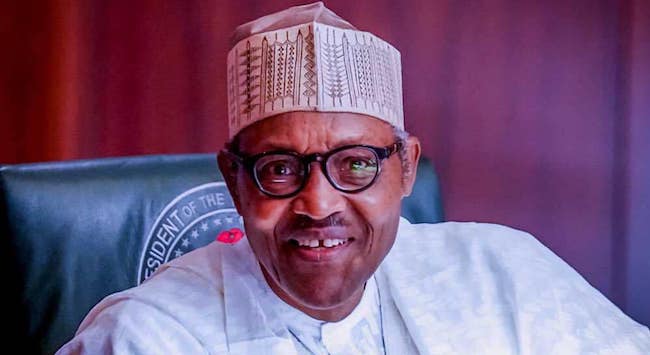 Last week, President Muhammadu Buhari, in his Independence Day Speech broadcast, asserted that his administration had made remarkable progress in many areas.

We tracked two other stories from the Presidency within the week in review.

On October 1, President Buhari praised his administration for making giant strides in different areas, especially in provision of security, and eradicating corruption.

He said: “We have made appreciative progress in many areas, but we are not at the destination. One of the areas we have made progress is in the eradication of corruption.” He also did not also mince words in stating that his administration has made huge progress in the fight against insurgency, and banditry.

Buhari’s self-praise comes at a time the indices do not support any form of celebrations. Perhaps, Mr President is viewing Nigeria’s condition from a different prism.

The anti-corruption war cannot be said to be have fared well when under the president’s watch the country’s Auditor-General allegedly steals over a N100billion of public funds.

It must be said, therefore, that the Buhari administration has mostly pampered corruption to the extent that even leading public figures sentenced to jail were made to walk away through the back door in the name presidential pardon.

Similar failures have been identified in the area of managing the country’s internal security.

The President cannot set an exam, and score himself. He should continue to deal with the challenges facing his administration, and allow Nigerians to be the judge of his performance in office.

President Buhari, on September 29, urged political contestants, and their media aides to embrace issue-based campaigns, and refrain from insults, and personal attacks, during their electioneering campaigns in 2023.

According to a statement signed by the President’s Senior Special Assistant on Media and Publicity, Garba Shehu, he (Buhari) gave the admonition in a video message at the signing of the 2023 election Peace Accord by presidential candidates, organised by the National Peace Committee in Abuja.

“I appeal to the contestants, especially their publicity agents and media advisers to shun personal attacks, avoid insults and incitement, reject the spread of fake news, and commit to issue-based campaigns and political rallies,” he said.

Buhari’s appeal speaks to the regular mud-slings and rhetorics which have come to characterize Nigerian politics. The contestants, and their media aides across political parties, including the President’s party, the APC, are already walking the dirty path.

It is not enough, therefore, to harp on issue-based campaigns but to also ensure that appropriate legislations are initiated to back the institutions of state, such as the Independent National Electoral Commission (INEC), to conduct free, fair and credible elections for the sake of decorum.

Aisha Buhari, the wife of President Buhari, on September 30, begged for forgiveness from Nigerians for the failures of his husband’s administration.

The First Lady issued the apology while speaking at the 62nd Independence Day Special Juma’at Prayer and Public Lecture at the National Mosque Conference Hall, Abuja.

She said: “The regime might not have been a perfect one, but I want to seize this opportunity to seek forgiveness from the Ulamas and Nigerians in general. We all need to work together to achieve a better Nigeria.”

Mrs Buhari is known to bare her mind on issues concerning her husband’s administration, and didn’t disappoint this time. Her appeal attests to the perceived failures of the administration amidst cover up efforts by spin-doctors at the Presidency.

While her pleas are welcome, it might serve a more useful purpose to have her speak to national issues proactively rather than the reactionary trend that seeks to protect the presidency instead of the larger mass of Nigerians.

ASO ROCK WATCH: As Buhari hits back at ASUU. Two other talking points