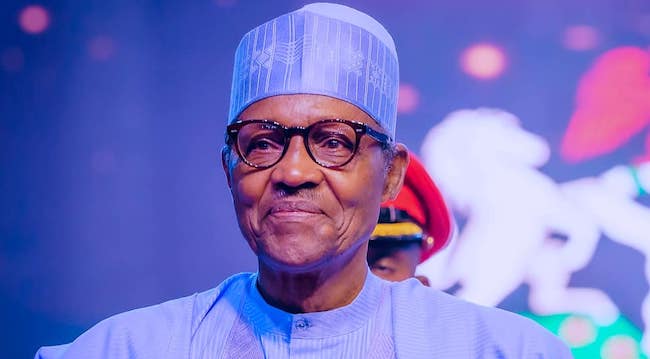 President Muhammadu Buhari, last week, fired an indirect shot at the Academic Staff Union of Universities (ASUU), saying that incessant strikes in tertiary institutions give the impression that the education sector is underfunded.

We tracked two other stories from the seat of power, Aso Rock Villa, for your reading pleasure.

President Buhari, on October 4, decried claims that the frequent strikes in tertiary institutions suggested that the education sector was grossly underfunded, and asserted that corruption undermines investments in the sector.

“Incessant strikes, especially by unions in the tertiary education, often imply that the government is grossly underfunding education, but I must say that corruption in the education system from basic level to the tertiary level has been undermining our investment in the sector and those who go on prolonged strikes on flimsy reasons are no less complicit,” Buhari said, while declaring open the Fourth National Summit on Diminishing Corruption in the Public Sector at the Aso Rock Villa.

Buhari’s statement is as an indirect shot at the ASUU, no doubt. His reason is not far-fetched. The academic union is embroiled in an intense battle with the Federal Government as public universities have been shut-down for over 7 months.

With several meetings deadlocked, it is evident that the President and his team had been frustrated and doing all they could to swing the narrative, curry public sympathy while exploring legal options.

Amidst these, Buhari cannot claim that the sector had been well-funded. It is on record that in 2021, his administration allocated 5.6% of the national budget to the sector, which was the lowest in 10 years. More critical is the fact that successive administrations have failed to meet with the United Nations Educational, Scientific and Cultural Organisation (UNESCO), recommendation that every nation should allocate 26% of its national budget to education.

It would seem that what we have playing out is the classical case of pointing an accusing finger at the enemy while the rest are actually indicting the accuser.

On October 6, President Buhari urged service chiefs to replicate the success recorded in the fight against insurgency across the troubled parts of the country.

The President’s Senior Special Assistant on Media and Publicity, Garba Shehu, noted this in a statement. According to him, in an impromptu visit to the released 23 kidnap victims of the Abuja-Kaduna train attack in, Kaduna State, the President said:

“I have made it very clear to our security and intelligence agencies that the ongoing momentum being experienced in the fight against terrorism, banditry and kidnapping must be sustained at all times, across the country,” he said.

While the release can be considered a welcome development, the shroud of secrecy surrounding the processes raises huge concern, especially as a prisoner swap is alleged to have taken place.

Whatever may have gone under, Nigeria’s increasing loss of territory to bandits and terrorists must be stopped, and President Buhari must realize that the buck stops on his table.

Except a miracle happens, his administration may be most remembered for bequeathing an unhealthy security landscape ever imagined.

The First Lady, Aisha Buhari, on October 5, alleged that those who lost out in the last All Progressives Congress (APC) presidential primary elections had remained in traumatic situations.

The First Lady said this while speaking at the ground-breaking ceremony for the Armed Forces Post Traumatic Stress Disorder Centre,

She said: “Failing election three times was a big blow to every contestant, but those that have contested for just yesterday, a simple primary election, are still living in a traumatic condition. I tried to console them, I tried to talk to them, some of them have switched off their phones up till today, just because of a primary election.”

Aisha’s generalisation remains arguable, and subject to verification. Most of the presidential aspirants had been seen supporting the winner of the primary election, Asiwaju Bola Ahmed Tinubu.

Being aggrieved for having lost a contest is natural, but her claim that they were still living in traumatic conditions appears exaggerated, insulting and demeaning.