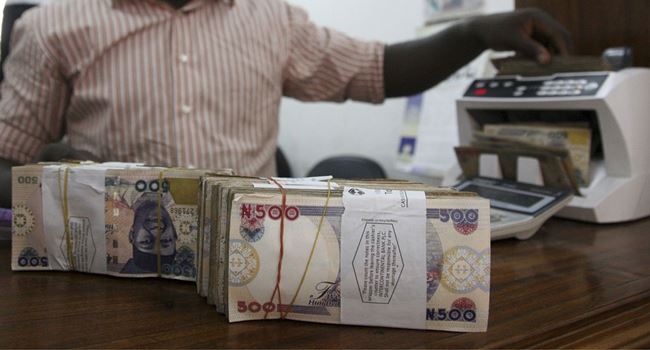 Latest money and credit statistics from the Central Bank of Nigeria (CBN), obtained by Ripples Nigeria on Wednesday, also showed that net credit by banks to the government increased to N13.2 trillion, higher than the N12.40 trillion it was within the same period.

This is coming as CBN canvasses to improve the flow of credit to households and businesses in key sectors of the economy such as Agriculture, ICT and Manufacturing to enable faster recovery of the economy.

Net Domestic Credit the bank noted increased to N43.76 trillion from 42.55 trillion in December 2020.
Net domestic credit is the sum of net credit to the nonfinancial public sector, credit to the private sector, and other accounts.

Quasi money, which is highly liquid assets other than cash that can be quickly converted, stood at N21.76 trillion in the review month, up slightly from N21.72 trillion in December 2020.

However, the data for currency outside banks dropped to N2.36 trillion from N2.49 trillion it was in December 2020. While banks’ net foreign assets stood at N7.22 trillion as at the end of January, compared with the N7.13 trillion it was the previous month.

Banks’ reserves which measure the cash minimums that must be kept on hand by financial institutions in order to meet central bank requirements climbed to 10.11trillion from N9.87 trillion as at December 2020.

Woman tells judicial panel how policemen stormed her room, shot her leg and ran off