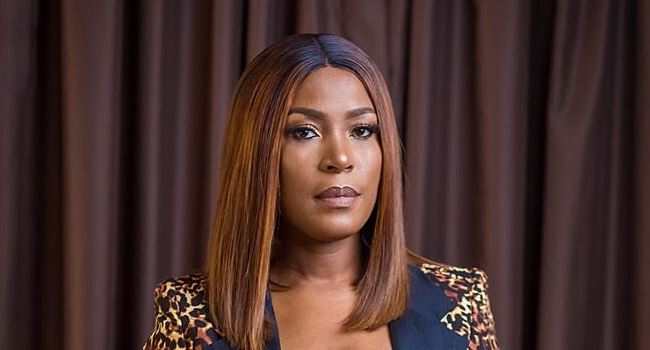 One of Nigeria’s most popular blogger and female entrepreneurs, Linda Ikeji, has expanded her endeavour into the movie industry with her debut film, “Dark October” which captures the sad story of four students of the University of Port Harcourt who were lynched by a mob in 2012.

Ikeji, the owner of LindaIkeji Blog and Linda Ikeji TV, who announced the release of the film on her blog, said it would premiere on Netflix on February 3.

The movie which was directed by ace director, Toka McBaror, is based on the tragic lynching of the students who later became famous as the “Aluu Four”.

The background to the lynching of the students on October 5, 2012, was a sad reminder of the dangers of jungle justice in the country.

The four young undergraduates, Ugonna Obuzor, Lloyd Toku, Chiadika Biringa, and Tekena Elkanah, were lynched after they were falsely accused of theft in the community of Aluu, in Obio/Akpor local government area of Rivers State.

The students were then brutally attacked and burnt alive in a case that shook the nation and brought attention to the issue of extrajudicial killings in the country.

According to Ikeji, “Dark October” will “bring to life the story of these four young men and the events leading up to their tragic deaths. It will also delve into the aftermath of the lynching and the impact it had on their families, friends, and the community.”

“This film is a powerful and important story that needs to be told. We hope it will spark a conversation about the dangers of extrajudicial killings and the importance of ensuring justice for all.

“We are excited to be able to bring this story to life on the big screen and to be able to give a voice to these young men and their families,” she said.

“We hope this film will help to bring about change and to ensure that something like this never happens again. It’s a reminder of the importance of holding those in power accountable and the need for justice for all,” she added.