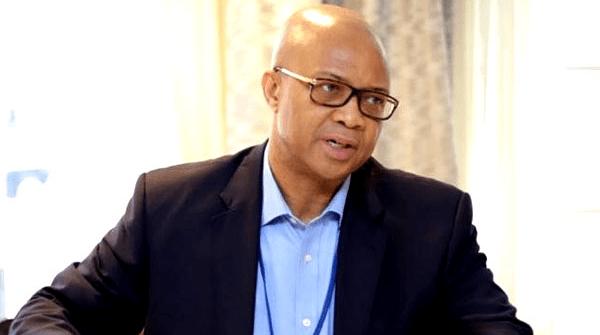 The director-general of the Budget Office, Ben Akabueze, has lamented that the federal government of Nigeria spends 75 per cent of its yearly budget on salaries and other expenses.

Speaking to Bloomberg at a virtual presentation on Tuesday, Akabueze described the trend as worrisome and no longer sustainable, while calling for an amendment of the constitution.

According to Bloomberg, Akabueze called for the creation of six regions to replace the existing 36 states, with each having their own governments.

He also added that the country needed to reduce the number of cabinet ministers to a maximum of 24 from more than 40 and cut federal ministries to fewer than 20 from the current 27.

“No country can develop where a large part of its earnings is spent on administrative structures rather than on capital investment,” Akabueze said.

READ ALSO: Nigeria may slip into another recession by Q3 – Budget Office

“The low revenue collection and high recurrent costs have resulted in actual capital expenditure below two trillion naira ($4.88 billion) per year for a decade.”

“Recurrent spending, allocated towards salaries and running costs, has accounted for more than 75% of the public budget every year since 2011 this is not how to develop as a nation.

“Hence, the investments required to bridge the infrastructure gap are way beyond the means available to the government, constraining the provision of good roads, steady power supply, health care services, quality education and quality shelter for Nigeriams,” he added.