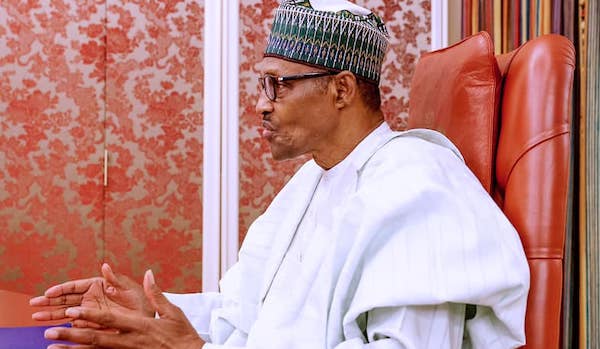 President Muhammadu Buhari has called on the judiciary to see how they can speed up justice delivery in the country.

He stated this on Wednesday when he spoke at the opening ceremony of the 60th Annual General Conference (AGC) of the Nigerian Bar Association (NBA) tagged ”Step Forward”.

Buhari, at the AGC 2020, which is holding both virtually and physically from August 26 to August 29 in Lagos and Abuja, urged the association to take cognisance of its role in the administration of justice.

The president was represented virtually by the Vice President, Professor Yemi Osibanjo (SAN).

Noting that law and order remained crucial to the sustenance of democracy in Nigeria, Buhari said:

“The theme you have selected ‘Step Forward’ is so apt and this means, taking responsibility, and it may also mean making progress.

“There are areas where I believe we need to step forward and resolve some of the problems of our system.”

The areas he identified include the “slow pace of trials in our courts, multiple and conflicting orders of the court, seeming bias towards technicalities, the appointment of judges, security, law and order, as well as rape and sexual offences.”

“If I had I won the case then someone who did not legitimately win the election would have occupied office all the while.

READ ALSO: Judges should be appointed on merit —Osinbajo

“I was in court again in 2019; I was no longer a petitioner but a respondent in the case of Atiku Vs Buhari and the whole process took barely six months; Now what was the difference?

“Why can’t we then put a rule that will say that a criminal trial up to the supreme court must not exceed 12 months in duration.?

“I think that for me, will be. “stepping forward.”

He, therefore, said that it was needful for the speed of Nigeria’s legal institutions and processes must match with the global base.

Also speaking at the event, the Attorney General of the Federation (AGF) and Minister of Justice, Abubakar Malami (SAN) assured that his office “will continue to drive the much needed legal reforms in promoting the rule of law, and publishing full financial autonomy for the state legislators and state judiciary and re-invigorating the office of the A-G as the Chief Law officer.”