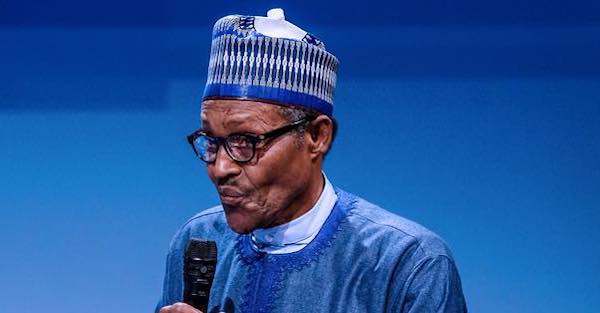 President Muhammadu Buhari said on Monday that a significant proportion of Nigeria’s wealth is concentrated in the hands of a few people.

He said the few individuals currently live in four or five states and the Federal Capital Territory.

President Buhari disclosed this at the opening session of the 25th Nigerian Economic Summit held in Abuja.

The President has made anti-graft war the cornerstone of his administration policy.

In the last five years, several individuals including public officers have been questioned by the Economic and Financial Crimes Commission (EFCC) and the Independent Corrupt Practices and Other Related Offences Commission (ICPC) for corruption and other related issues.

“While only five states had most of the wealthy people, the remaining 31 have about 150 million people waiting for better opportunities to thrive.

“A prosperous society is one where the majority of its citizens have an acceptable standard of living and a decent quality of life,” the President said.

Buhari said his administration understood the need for Nigerians to have a better lifestyle, adding that this was why measures have been put in place to reduce the level of unemployment and poverty in the land.

President Buhari added: ‘‘Today, many mistake prosperity with wealth. They are not necessarily the same.

‘‘Experts and analysts explain economic trends by making references to indicators of wealth.

‘‘Wealth, however, in its simplistic form, is money or other assets. In recent years, global events have shown that when a society and its leaders are driven and motivated by these alone, the ultimate outcome is a divided state of severe inequalities.

‘But a prosperous society is one where the majority of its citizens have an acceptable standard of living and a decent quality of life.”

Related Topics:BuharieconomyNigeria's wealth
Up Next