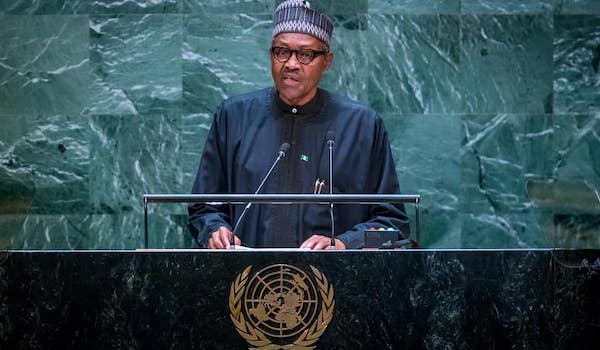 President Muhammadu Buhari, while addressing world leaders at the 74th Session of the United Nations General Assembly (UNGA74), has advocated action against social media to prevent it from causing chaos in the world.

He blamed social media outlets for fueling major crimes such as mass killings, calling on major tech companies to be alive to their responsibilities.

Buhari made this call while presenting Nigeria’s National Statement on Tuesday; the first day of the General Debate at UNGA74, holding in New York.

The president said social media could not be allowed to continue to facilitate the spread of religious, racist, xenophobic and false messages capable of inciting whole communities against each other, leading to loss of many lives. “This could tear some countries apart,” he noted

He also stated that the present Nigerian government was facing the challenges of corruption head-on. Buhari who spoke on the failed P&ID contract, said it was a scam planned to cheat Nigeria of billions of dollars.”

“The present Nigerian government is facing the challenges of corruption head-on. We are giving notice to international criminal groups by the vigorous prosecution of the P&ID scam attempting to cheat Nigeria of billions of dollars.

“This is true in the battle against violent extremism, against trafficking in people and drugs and against corruption and money laundering.”

Describing poverty “as one of the greatest challenges facing our world,” President Buhari noted that, “Its eradication is an indispensable requirement for achieving sustainable development,” while highlighting his administration’s efforts to overcome the challenge.

How 2 APC lawmakers lost seats to PDP candidates in Adamawa