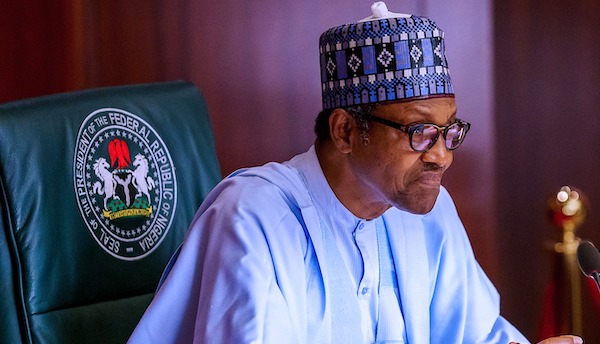 The All Progressives Congress (APC) subsists on lies and deceit, like its twin the Peoples Democratic Party (PDP), but the party told a fundamental truth on September 2 when it said in a statement, according to the Sun, that Buhari’s “hiked petrol price, electricity tariff reflect [the] wishes of [the] citizenry.”

This may come across as a bit counter-intuitive, but there is no greater testimonial endorsement of the claim that Buhari’s steep, sudden hikes in the prices of commodities, which have made Nigeria a snake pit of infernal cruelty, reflect the wishes of Nigerians than the fact that there have been no protests against the policies.

From the 1960s until Buhari ascended to the presidency, every hike in petrol price had been greeted with massive protests. But not only have there been no protests against Buhari’s punishing petrol price hikes, a whole lot of people in the North actually came out in 2016 to stage demonstrations in support of Buhari’s first petrol price increment and against opposition to it!

In 2012 when the Goodluck Jonathan administration arbitrarily hiked the pump price of petrol, I was the first to suggest an “Occupy Nigeria” strategy to force the government to reverse the hike. I didn’t anticipate that my suggestion would fly. But it did. It meshed with the self-interested political agendas of people who are now in government and ignited a massive social convulsion.

Four years later in 2016, I made the same appeal. But as I pointed out in my May 14, 2016 column titled, “Petrol Price Hike: Time to Occupy Nigeria Again,” the people and circumstances that conduced to the 2012 Occupy Nigeria protests had changed.

“But I doubt that my appeal will resonate with many people this time around; President Buhari’s tight emotional grip on the northern and southwestern middle class would likely frustrate the formation of the kind of remarkably unexampled pan-Nigerian solidarity that confronted former President Jonathan,” I wrote.

Well, sheepish acquiescence in the face of Buhari’s plot to transform Nigeria into one massive mass grave through thoughtless and callous hikes in the prices of everything that is essential to survival is proof that the APC is right to insist that Buhari’s morally objectionable suffocation of Nigeria reflects the wishes of Nigerians.

I made these points four years ago, and I will repeat them because the circumstances warrant their repetition: Every responsible, socially sensitive government subsidizes essential commodities for its citizens. It is only Nigerian governments that interminably tell their citizens that they have no responsibility to make life a little easier for the people they govern.

According to a January 3, 2012 TIME Magazine story titled “Petrol Politics: Why Nigerians Are Enraged Over the Rising Price of Gasoline,” America’s 50 states collectively spend $10 billion a year to subsidize the fuel consumption of their citizens.

In America, with all its vast material prosperity, the surest way for any government to collapse irretrievably is to encourage any policy that causes the price of petrol to go up. As TIME put it beautifully, “One of the fastest ways to alienate voters is to be seen supporting anything that intensifies pain in the pump.”

It said, “politicians’ refusal to increase gas taxes in line with inflation and construction costs starves needed infrastructure of funding.” Sounds familiar? The recurrent excuse governments in Nigeria advance to increase fuel prices is that the government needs money for “infrastructural development.”

There is an instructive example in the Midwestern state of Iowa of how a caring government, faced with a cash crunch, responded to recommendations for an increase in petrol prices to raise money. I will reproduce parts of the story, which is from TIME, without authorial intervention:

“In Iowa, which hasn’t raised its tax in 22 years, a citizen advisory panel recommended an 8 cent to 10 cent bump per gallon in November. Republican Gov. Terry Branstad quickly took any increase off the table, instead asking his Department of Transportation to look for savings.

“‘Everyone realizes that we need more funding for roads and bridges,’ said Tim Albrecht, a spokesman for Branstad. ‘I don’t think the legislature was especially willing to put a burden on Iowa’s taxpayers at this time.’”

Governments don’t save in Nigeria. All they do is raid the national treasury to subsidize their lavish lifestyles (and those of their cronies) and tell the masses of the people that they don’t deserve any subsidy. Nigeria isn’t poor because of the need of its people; it is in dire straits because of the greed of its elites.

But everyday Nigerians who feel the pinch of the cruelty of their elites would rather expend their energies to fight for God than fight for themselves. The same Nigerians who fly into a tempestuous holy rage and demand the blood of their fellow humans when their God is “blasphemed” are asking for their God’s intervention— instead of acting— now that Buhari is determined to kill them piecemeal through cruel hikes in the prices of everything essential to their existence.

They kill fellow humans in defense of their God but ask God to defend them against an oppressor who is killing them by other means—and looking the other way while kidnappers and terrorists periodically murder them in the hundreds.

If God, with his omnipotent powers, can’t deal with blasphemers on his own but needs your defense, why and how do you think he can defend you against a man who is—-or people who are— smoldering you?

Nigerians aren’t victims of Buhari; they’re willing participants in and enablers of his vicious asphyxiation of Nigeria. There’s nothing that he’s doing now that he hasn’t been doing since at least 2016. Read my past columns: you’d think they were written in response to Nigeria’s current existential torments.

For instance, on December 6, 2016, I wrote: “I used to say that it was impossible for any Nigerian president to be worse than Jonathan…. So in May 2015, I started out investing enormous hopes in Buhari to transform Nigeria and to build enduring institutions.

“After waiting 6 months to appoint a predictable, lackluster cabinet, it became clear to me that my hopes were misplaced, that Buhari wasn’t prepared to be president, so I scaled backed my expectations and hoped that Buhari would at least be minimally better than Jonathan.

“But when Buhari hiked fuel prices, reversed the few crumbling subsidies that sustained the poor, and became a prisoner of the ‘Washington Consensus,’ I scaled back my expectations again and hoped that Buhari would be just as bad as Jonathan was.

“When his government’s incredibly inept husbandry of the economy continued to deepen the recession it instigated in the first place with its wrongheaded policies, I hoped that Buhari would just be slightly worse than Jonathan for the sake of Nigeria’s survival.

“Now with the unceasing rash of counter-intuitive, mutually contradictory, insanely irrational, and thoughtless policy prescriptions from this government, the very foundation of the country is tanking before our very eyes, and I just hope Buhari never does anything again till 2019 when his tenure will expire—and with it the torment he is inflicting on Nigeria. A stagnant, do-nothing Buhari is now better for the country than this madness we’re witnessing! Nigeria is fast sinking to the nadir of despair and ruination.”

Nothing has changed. Nigerians can only show that their plight isn’t a reflection of their wishes if they damn the consequences and fight the source of their misery.