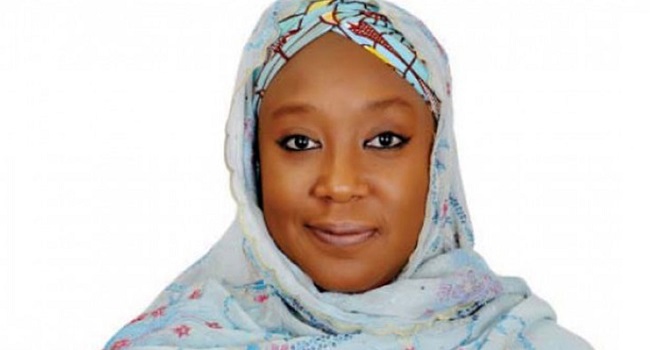 A minister in the Muhammadu Buhari cabinet, Khadija Abba-Ibrahim who is the minister of State for Foreign Affairs has resigned her appointment.

She was reported to have resigned to contest the seat of Damaturu/Tarmuwa/Gujba/Gulani Federal Constituency in the House of Representatives election in Yobe State where she is from.

Mrs Ibrahim, whose husband, Bukar Abba-Ibrahim, is a serving senator and former governor of Yobe State, is contesting in the forthcoming 2019 elections under the platform of the All Progressives Congress (APC).

The minister, who is the fourth woman to resign from Buhari’s cabinet, had defeated her step son, Mohammed Bukar-Ibrahim, during the APC primary last October.

Buhari will only use and dump you again, Atiku group replies Tinubu