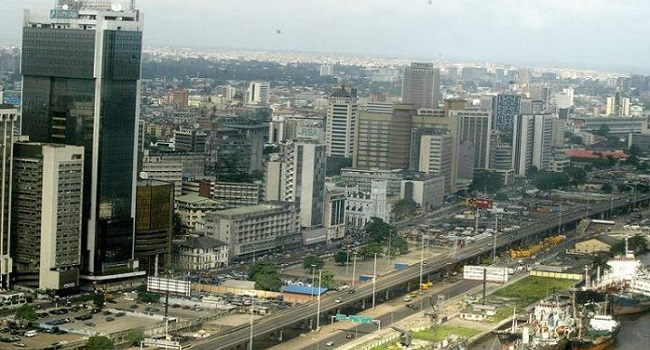 The National Bureau of Statistics (NBS) has disclosed that Nigeria attracted $1.73 billion from foreign investors and companies in the third quarter of last year (Q3 ’21).

This was a 97 percent improvement from the $875.62 million reported in the second quarter of 2021. NBS gave the numbers in its released Capital Importation Report for Q3’21 on Thursday.

Bitcoin tumbled in reaction to reports that the United States is planning to reduce its balance sheet by selling off bonds. This move saw a record selling between Wednesday and Thursday.

On Wednesday, it was circulated that the US Federal Reserve had resolved to cut its hold on bonds after meeting in December. The government purchases bonds to keep interest low, but its projected plan triggered an increase in bond yields, CNBC disclosed.

During the same period, bitcoin and other altcoins nosedived in value, extending their bearish run in 2022. BTC’s selling price has shed over 6% between Tuesday (pre-report release) and Friday.

The Manufacturer Association(MAN) has detailed what the new N10 per litre excise duty on carbonated, and non-alcoholic drinks means for the manufacturing industry and Nigerians.

In a report ‘key considerations against excise on non-alcoholic beverages’, MAN explained that the new law would be counterproductive and lead to revenue loss for the government.

According to MAN, from 2022 to 2025 the federal government might collect N81bn from the excise duty, but lose N197bn within the same period from other taxes, such as Value Added Tax and Company Income Tax from the manufacturers of soft drinks.

The Federal Government has reiterated its decision to ensure the total removal of subsidy on Premium Motor Spirit, commonly known as petrol.

This was disclosed on Wednesday by the Minister of Finance, Budget and National Planning, Zainab Ahmed, during a media briefing at the public presentation of the 2022 budget in Abuja.

According to Ahmed, the FG was set to comply with the provisions of the Petroleum Industry Act 2021 to fully deregulate prices of petroleum products.

From the Capital Market: Investments up by 0.55% as shareholders gain N130.7bn

Shareholders at the Nigerian capital market smiled home with N130.7 billion following the rise in total investment by 0.55 percent on Friday.

The development lifted the total investment at the bourse from N23.49 trillion to N23.62 trillion at the close of the day’s business.

Meanwhile, on the tech space, Apple, Fixit45, Alvin, Y Combinator and Windowshoppi were some of the names that made the headlines this week.

Apple, makers of iPhone, during the week, crossed a major milestone when it hit the $3 trillion (N1.2 quadrillion) market capitalization.

Also, during the week, Fixit45, a Nigerian startup, launched venture as a one-stop-shop and service solution platform for car owners.

Related Topics:Business Roundupfuel subsidy
Up Next

Seven key themes from 2022 budget, and why they matter

No decision yet on zoning of 2023 presidential ticket – PDP