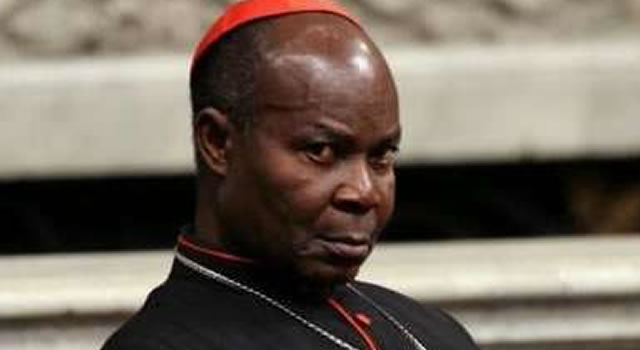 The former Catholic Archbishop of the Lagos Diocese, Cardinal Anthony Olubunmi Okogie, has accused President Muhammadu Buhari and his government of worsening Nigeria’s problems, instead of providing solutions to take the country out of the woods.

In a statement on Monday to mark his 86th birthday which comes up on Tuesday, Cardinal Okogie criticized the Buhari-led government and its officials of losing focus and being overwhelmed by the worsening situation in the country.

In the statement made available to Ripples Nigeria, Okogie, a former President of the Christian Association of Nigeria (CAN), noted that though the problems plaguing the country predates the Buhari administration, the present government seems to have made matters worse by consistently playing the ostrich.

Read also: At 59 Nigeria is dying… nailed to the cross of governmental inefficiency —Cardinal Okogie

“Few weeks ago, on the occasion of the 6th anniversary of this administration, given the severity of the status quo of our socio-economic and political situation, it was shocking that the government claimed that the Nigerian people never had it so good and Nigerians would have reason to praise this government at the end of their tenure.

“As they say, the matter speaks for itself, as it is evident that Nigeria has practically become a failed state.

“A country fails when it is no longer able to protect its citizens from harm and secure their welfare.

“A country fails when, instead of being a harbour of refuge for its citizens, it turns out to be a cauldron of fire and sorrow that consumes its citizens.

“A country fails when, instead of reassuring its citizens by actions and policies that the future is secure, it becomes a case of most people planning to flee the country to other climes where their governments are truly functioning.

“Such is practically our case today. One whose house is on fire should not take to the streets dancing.

“While it is true that our problems did not start under this administration, they seem to have worsened economically and politically in these past six years.

“The sad part is that there is no articulate coordinated response from the government to stem these downward trends, apart from the usual ‘playing the ostrich’ and throwing tantrums when they are criticised, like the rather hasty suspension of Twitter.

“The political class, in spite of all their protestations to the contrary, seems unable to stay the course and prevent this slide of this greatly endowed country into this sad quagmire. As they say, truth is bitter.”

Why we don’t investigate some petitions —EFCC boss, Bawa

No past president can tolerate what Nigerians throw at Buhari —Ngige