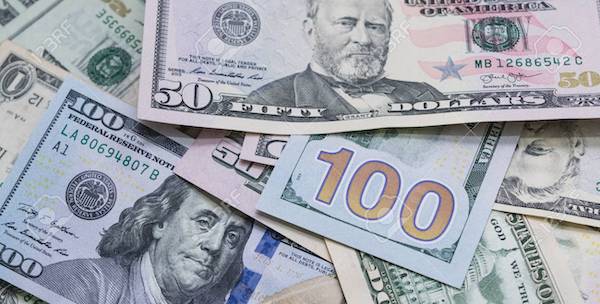 Nigeria’s external reserves fell to $38.882 billion, as the Central Bank of Nigeria (CBN) pumps foreign exchange into the forex market to defend the naira, as the domestic currency struggles against the dollar.

Within two weeks, the foreign reserves shed $337 million, dropping from $39.219 billion it closed July with, to $38.882 billion on Thursday August 11, according to data from CBN – indicating the central bank had dipped into the reserves.

However, since July 18, the external reserves has declined by $563 million, and according to analysts at Financial Derivatives Company Limited (FDC), this is due to CBN’s defence of the naira.

The analysts said the foreign exchange pumped into the forex market would raise the value of the naira eventually, despite having a side effect on the reserves.

“The depletion on the reserves was majorly due to CBN’s supply of foreign exchange to stabilise the currency.” The analyst said in the firm’s Bi-Monthly Economic Bulletin.

They added that, “The external reserves is expected to continue its downward trend as the CBN intensifies its efforts to stabilise the currency by supplying foreign exchange to the I & E (Investors and Exporters) window.

“Because of the country’s low oil production levels, high oil prices may have less of an impact on the country’s external reserves.

“A constant depletion of the external reserves is likely to discourage the CBN from supplying foreign exchange in the foreign exchange market. This could further stoke currency depreciation as demand outpaces supply”, the analyst said.