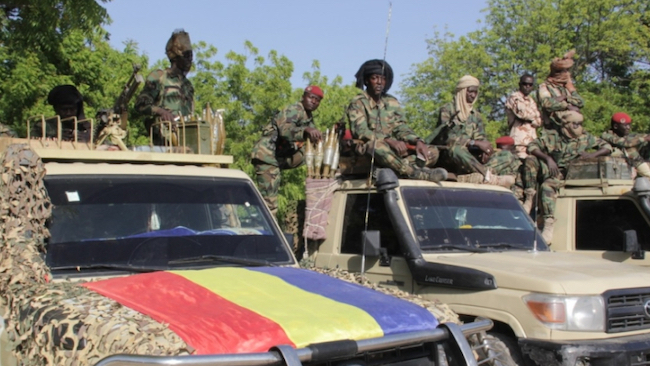 The Chadian government on Monday accused the Central African Republic (CAR) of killing six of its soldiers in an attack on the southern part of the country.

The country’s Foreign Minister, Cherif Mahamat Zene, disclosed this in a statement in N’Djamena.

He said: “The Central African Republic armed forces attacked the outpost of Sourou in Chad on Sunday morning, killed a Chad soldier, injured five and kidnapped five others who were then executed in Mbang on the CAR side.

READ ALSO: Chadian Army claims operation against rebels is over

“The Sourou outpost near the village of Mbere, which was manned by 12 soldiers, was attacked at dawn.

“This war crime is extremely serious and this deadly attack, which was pre-meditated, planned and operated from inside Chad, for reasons known only by the Central African Republic government, will not go unpunished.”

Related Topics:Chadian soldiers
Up Next