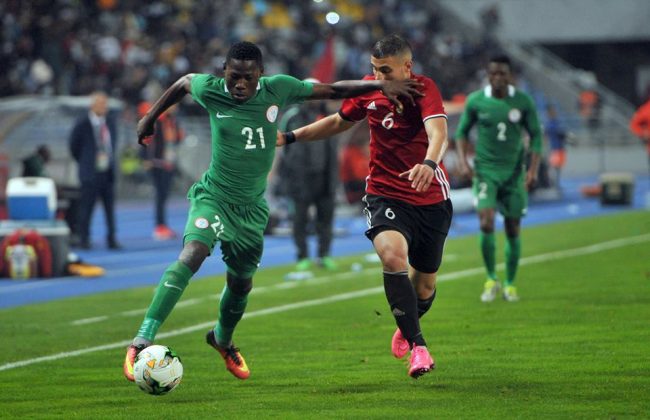 Sunday Falaye scored the only goal of the game against Libya to help the Super Eagles of Nigeria secure their first win at the ongoing African Nations Championship (CHAN) in Morocco.

Having drawn goalless in their first game against Rwanda last Monday, the Eagles needed a win against Libya to boost their chances of remaining in the tournament.

The first half ended without a goal after many chances were missed by the Salisu Yusuf-led team; the opponents also had chances of their own but missed the target.

But Shooting Stars forward, Faleye became the hero of the day when he slammed the ball past the Libyan keeper from close range off Emeka Atuloma’s flick from Okoro’s corner in the 79th minute.

The win means the Super Eagles are now top of Group C on four points, while Libya, who won their opening game 3-0 against Equatorial Guinea, are temporarily second on three points.

The other group match between Rwanda and Guinea holds later in the day, as Rwanda could get the chance of topping Libya in the standings.

Nigeria’s last group game is against Equatorial Guinea next Tuesday in Agadir while Libya will be battling with Rwanda also on the same day.

Zidane advocates for consistency and improvement as Madrid wins at Leganes