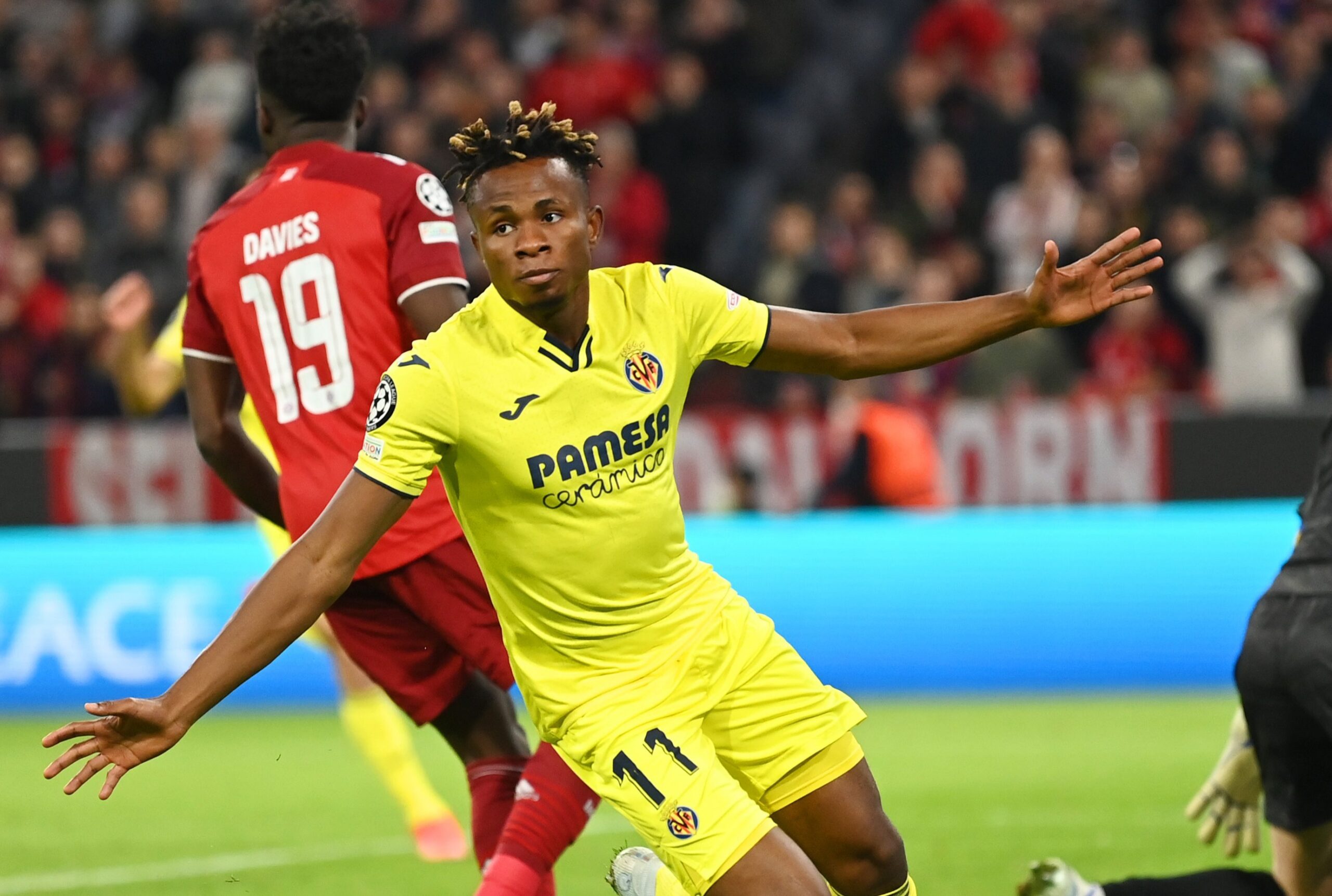 Super Eagles forward, Samuel Chukwueze aims to reach the Champions League final with Villarreal to seal the “best season of his life.”

Chukwueze’s Villarreal are in the semifinal of the competition, where they’re condemned to face one of the favourites, Liverpool, in a two-legged tie.

The Spanish giants already knocked out Juventus anf Bayern Munich on their way to the last four, and would hope to continue as giant killers.

Chukwueze, who scored the winner against Bayern, is confident Villarreal can pull off another remarkable Champions League upset when they travel to Anfield for the first leg on Wednesday night.

“What makes this Villarreal team so special is that they take themselves as a family, they look after each other, and they work for each other on the field,”Chukwueze, who scored in the 1-1 draw against Bayern Munich at the Allianz Arena told uefa.com.

”They don’t complain: ‘Oh, this person’s not doing his job’ or anything. They work together. That’s what it means. That’s what’s keeping us together, the work, the contact, everything.”

The Nigeria international also praised the team’s manager Unai Emery for transforming the modest club from Castellon to a strong force in Europe.

Villarreal won the UEFA Europa League last season and are at least two victories away from winning the elite competition.

“The most important thing is the coach. He’s so fantastic. He knows how to read the game and everything. Reaching the semi-finals with this coach, I think, is amazing,” Chukwueze added.

“It’s a dream come true for him also, and for the club. Playing Liverpool – they are one of the favourites, also, but we’re going to push, to show them that this is why we’re in the semi-finals.”

”[It’s] my first Champions League and my first semi-finals. Reaching the final would be amazing. It would [make this] one of the best seasons of my life.”

Villarreal will play Liverpool at Anfield on Wednesday night, and host the return leg next week, and hope for a place in the final.