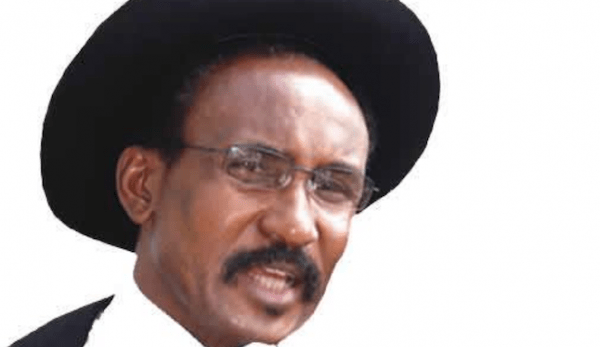 Another prominent Nigerian, whose name was mentioned as a member of the newly formed political movement, Nigeria Unity Forum (NUF), Col. Abubakar Umar, has denied membership of the group.

Umar, a former Military Governor of old Kaduna State, made the denial in a statement by the Kaduna based Movement of Unity and Progress, which he heads, on Friday.

The NCF had announced its formation on Wednesday and the former governor and some other prominent Nigerians were named as members.

Umar was listed alongside a former President of the Nigerian Bar Association, Olisa Agbakoba; a former Speaker of the House of Representatives, Ghali Na’abba; a former Deputy Governor of the Central Bank, Obadiah Mailafia; rights activist, Femi Falana (SAN), and Obi Ezekwesili, amongst others.

Agbakoba had earlier denied membership of the group.

In the statement signed by Chris Ephraim, a member of the MUP, Umar dissociated himself from the new political group, noting that the former governor neither attended the meeting of the group nor was consulted before he was listed among other notable Nigerians.

Read also: I’m not a member of newly formed political group by Ezekwesili, Falana, others —Agbakoba

The statement read: “A group under the auspices of select National Leaders of conscience met between Wednesday 27th May 2020 to Friday 12th June 2020 and issued a communique with the name of Col Abubakar Dangiwa Umar as one of the attendees and a member.

“Although Colonel Umar was made aware of attempts to invite him to the meeting, such attempts were unsuccessful.

“He, therefore, did not attend the meeting nor was he made aware of his membership.

“Colonel Umar does not wish to deny the group, whose membership includes persons he holds in high esteem. He, however, wished he was consulted before the publication that included his name.”