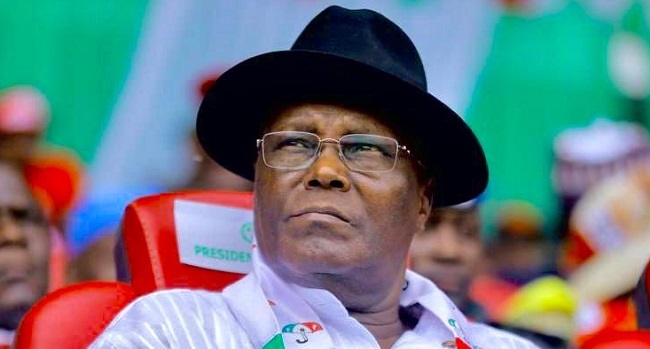 The Supreme Court has dismissed the request by the Peoples Democratic Party (PDP) and its presidential candidate, Alhaji Atiku Abubakar, seeking to access a server allegedly belonging to the Independent National Electoral Commission (INEC).

In dismissing the application, the five-man panel led by Dattijo Muhammad, in a unanimously judgment, said there was no basis to interfere with the earlier decision of the Presidential Election Petition Tribunal rejecting the appellants’ request to access the said server.

Earlier leading their argument on Tuesday, Mr. Eyitayo Jegede (SAN), told the apex court that his clients were still within time as the 180 days meant for the tribunal to hear and determine the case had not lapsed.

Atiku and PDP had alleged in their petition pending before the Presidential Election Petition Tribunal that the “authentic” results of the February 23, 2019 election which gave them victory were stored in the said INEC server.

But the respondents, INEC, President Muhammadu Buhari and the All Progressives Congress, opposed the appeal through their respective lawyers, and urged the apex court to dismiss it.

They maintained that granting the prayer sought by the appellants would be of no utility value as presentation of evidence at the tribunal had closed.

Justice Centus Nweze, who read the lead judgment of the apex court, said the appellants failed to establish that the tribunal wrongfully exercised its discretion in dismissing their request.

He added that they also failed to place sufficient materials before the apex court to show that the tribunal’s exercise of its discretion was either arbitrary or illegal.

The apex Court upheld that the allegation by the appellants that they were denied fair hearing by the June 24, 2019 ruling of the tribunal was unsubstantiated.