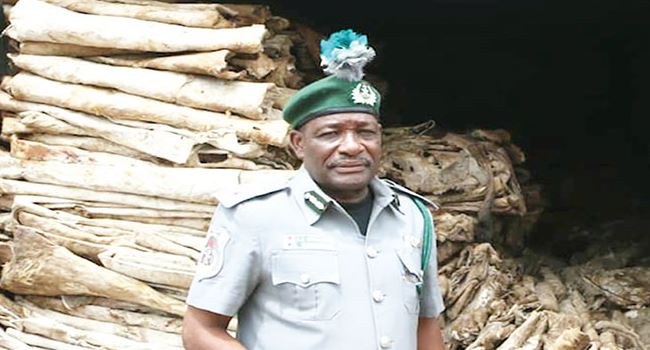 This was disclosed by the Controller of the unit, Aliyu Mohammed while speaking to journalists at a media briefing held at the unit’s Headquarters in Ikeja on Wednesday.

He said that the animal skin were discovered at a location where they were being dried for export.

While noting that the actual area of seizure will not be disclosed not to jeopardise ongoing investigations, Mohammed described it as an item under export prohibition aimed at preventing the animals from extinction.

Also seized were vehicles and drugs worth N16 billion.

The drugs, according to him, were intercepted on the road from a border area in Ogun State.

He reiterated that codeine drugs are prohibited from being sold across the counter due to incessant abuses and smuggling it into the country will endanger lives of citizens.

Mohammed added that the unit will intensify its onslaught on smuggling to suppress it for the protection of the economy and prevention of danger to lives.