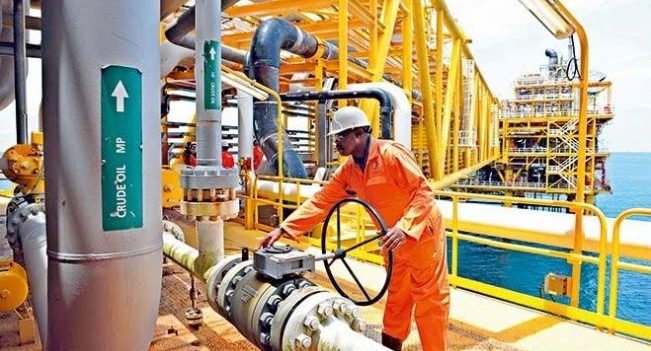 Billionaire mogul, Aliko Dangote, will launch a foray into crude oil production come July this year, a feat that will mark the latest addition to an expanding formidable conglomerate that spans cement, sugar and salt production.

Africa’s richest man’s money-making ambition knows no bounds with its $2 billion-valued fertiliser plant, the biggest ever in the world according to reports, anticipated to begin operations anytime soon, having scaled the hurdle of test run late last month.

His 650,000 barrels per day oil refinery, reputed to be Africa’s largest, is scheduled to begin operation next year and there are indications that his speculated Arsenal takeover will happen after the refinery is delivered.

Dangote’s longstanding dream of benefitting from oil money has been buoyed by his acquisition of two oil assets from Royal Dutch Shell Company.

Together with Chinese and Malaysian contractors, Dangote has perfected a development blueprint for the Kalaekule Field on its Oil Mining Lease (OML) 72 asset, Devakumar Edwin, Dangote Industries Limited’s group executive director, said during a Bloomberg interview.

“We are looking at the first phase of 20,000 barrels a day but our objective is to expand it to 100,000 barrels a day for the two blocks,” Edwin said. “If everything goes well, we can do that in 12 to 15 months because we are already doing the 3D seismic studies.”

Oil output from the fields are planned to supply the proposed refinery with raw crude upon completion.

With fortune currently standing at $15.7 billion according to the estimation of Bloomberg Billionaire’s Index, Dangote is currently firming up his investments with a recent announcement that his cement business, known to be Nigeria’s biggest company by market capitalisation and accounting for over 21 per cent of the entire Nigeria’s stock market value, will undertake a share buyback this year.

There is a nationwide optimism that the oil refinery will put an end to Africa’s largest oil producer’s perennial reliance on imported fuel as mechanical completion is envisioned to happen this December while full operations will tee off in the middle of next year.

According to Edwin, the empire is currently diversifying the production of cement, rice and sugar across its other businesses.

The group is increasing its cement unit by around 10 million tons capacity with new plants in at least five African countries among which are Cote d’Ivoire, Cameroon and Ghana at the same time growing output in two of its Nigerian plants.

“We have several projects ongoing now and most of them is through in-house funding. They are all at various stages of completion,” Edwin said.

Related Topics:Dangoteoil production
Up Next

Varsity student arrested for supplying drugs to bandits in Zamfara