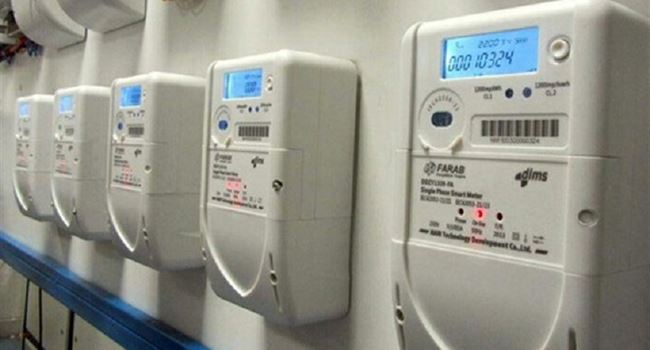 The Federal Government said on Thursday it had approved and disbursed the sum of N14.35 billion to the Distribution Companies of Nigeria (DisCos) to procure at least 263,860 meters for electricity customers.

The disbursement was under the National Mass Metering Programme (NMMP), initiated by the federal government to put an end to estimated billing of electricity consumers by DisCos.

This was disclosed on Thursday, via the official twitter handle of the presidency @NGRPresident.

“UPDATE: The Central Bank of Nigeria @cenbank has now disbursed a total of 14.35 billion Naira to the Distribution Companies of Nigeria (DisCos) to cover the procurement of 263,860 meters under the National Mass Metering Programme (NMMP),” the presidency said.

Part of the statement further reads, “The maximum tenor of the facility is 10 years but not exceeding 2030, while the moratorium on the principal amount is for a period not exceeding 24 months from the date of loan disbursement.”

The CBN facility is a loan that would be paid by DisCos on the basis of the previously agreed amortisation schedule.