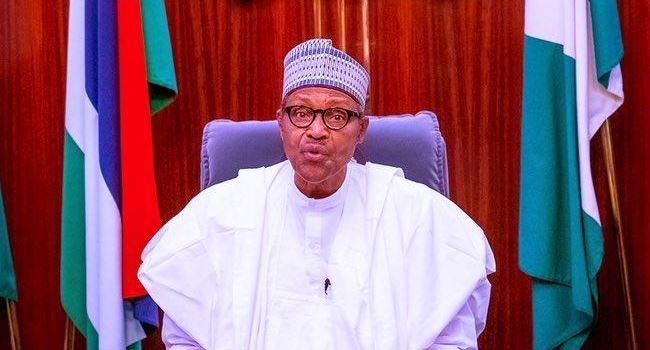 Typical of his emperor-like merciful granting of the collective request of his subjects after much pleading, President Muhammadu Buhari, in a speech which evoked charged reactions with virtually every line, finally responded to the violent crisis rocking the nation following widespread #EndSARS protests demanding an end to police brutality, and justice for victims

Since his last broadcast about two weeks ago announcing the disbandment of the notorious Special Anti-Robber Squad (SARS) and appealing for calm from determined young protesters, different parts of the nation have witnessed breakdown of law and order. Law enforcement personnel have opened fire on peaceful protesters; hoodlums have hijacked the protests, torching public and private properties with reckless abandon. Looting has gone on almost unabated. Palpable wrath has enveloped many parts of the nation. Jail breaks and attempted jail breaks have been repeated in different parts of the country.

Violent mobs have virtually taken over some areas from the government, appearing to have both forcefully created and invaded new ungoverned spaces. Innocent Nigerians have been caught in the middle of the chaos, with priceless lives and valuable properties swept into oblivion.

The nation has truly been in a state of crisis, nay, a state of emergency. And the president has failed to provide bold and visible leadership despite the earnest urgings and pleadings of the people. In what other country would this be deemed normal?

Following widely reported shooting of peaceful protesters by soldiers at the Lekki toll gate, the world united in urging immediate and apt response from the president. Many called for a national broadcast to pacify a grieving nation. The words of a leader matter, more so in a crisis, they rightly reasoned.

But as the president spoke, his highly anticipated speech began to feel more and more like his usual tone-deaf, uninspiring speeches. The build-up to the president’s broadcast plunged to a sorry anti-climax, at least for many.

In a speech which may become known as the Buhari prequel to state of emergency declaration, the president spent the bulk of his time asserting his authority as commander-in-chief, warning “subversive” elements against destabilising the nation.

He barely expressed any condolences to the families of protesters lost in the senseless violence involving law enforcement officers, or empathise with the long-oppressed teeming youths yearning for change. He, however, did not forget to condole with the families of policemen lost to the crisis.

In fact, he condescendingly declared that agreeing to disband SARS had been mistaken for weakness, signalling a possible new approach which will see bold and assertive display of raw state power.

The president’s assertion of authority was not out of place. In fact, it was sorely needed in light of the chaos consuming different parts of the nation. It was the lack of balance that ruined it. There are different audiences —the grieving families of young lights snuffed out by brutal forces of state, the peaceful protesters seeking reassurance of a better future, and the criminal arsonists and looters who have hijacked the protests. The last set needed the unequivocal warnings of a commander-in-chief. The others, a mix of empathy and reassurance.

President Buhari missed a unique opportunity to aptly communicate to a nation in pain. A nation in crisis. A people divided. The escalation of the crisis and derailment of the cause by subversive ethnic, political and religious forces called for a more nuanced, more multi-targeted broadcast. The president’s near-single-themed speech fell quite short. A rerun is needed.

We demand that President Buhari follow up this poor broadcast with a more in-tune one. One that caters to the different audiences in the nation. One that speaks to a fractured nation in desperate need of a rallying call.

President Buhari must also stop treating Nigerians with disdain. Whatever his intentions, his obvious lack of emotional intelligence cannot be rationalised. How can a president, elected by the people, defy calls to do the least thing expected of him —speak to his people? Whether this is the product of nature or nurture, it is time to put it to bed once and for all!

It is very disturbing that as different parts of the country were ablaze and citizens were under attack, the president was literally invisible. Worse still, the president was also reportedly inaccessible. Both Governor Babajide Sanwo-Olu of Lagos State and the APC National Leader, Bola Ahmed Tinubu, hinted at the president’s inaccessibility as they frantically tried to reach him. We do not know how many other leaders have the same tales. This cannot be the way of a leader in a crisis.