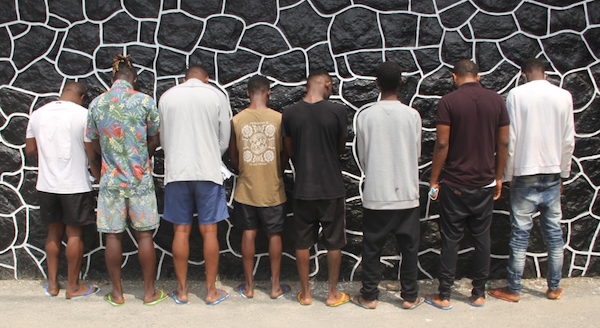 Operatives of the Economic and Financial Crimes Commission (EFCC) have arrested three Dubai, United Arab Emirates-based suspected internet fraudsters and 14 others in Lagos.

The EFCC’s Head of Media and Publicity, Wilson Uwujaren, who disclosed this in a statement in Lagos, said the suspects were arrested on Tuesday and Wednesday at Jakande and Osapa London area of Lekki following series of intelligence detailing their alleged involvement in internet fraud and other related offences in Nigeria and abroad.

“They (suspects) will be arraigned in court as soon as investigations are concluded.”

Related Topics:EFCCInternet fraudsters
Up Next