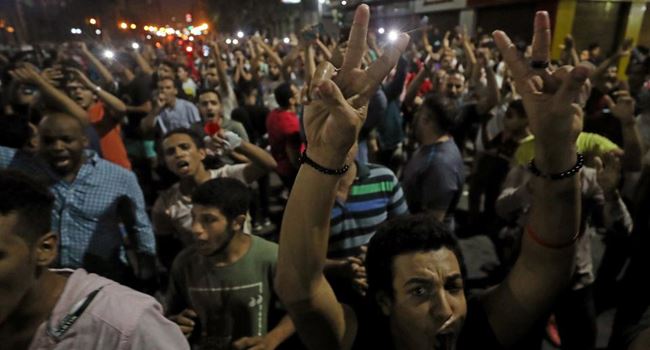 A total number of 500 protesters have been arrested by security operatives in Egypt following an outbreak of rare anti-government protest, human rights activists say.

According to Egyptian Centre for Economic and Social Rights, a non-governmental organisation, the number of reported arrests had reached 516.

Reports say the detained protesters are accused, among other charges, of participating in an outlawed group, spreading false news via social media and protesting without permission.

Some of the arrested demonstrators are reported to be under the age of 18.

The ongoing protests in Egypt erupted after a call from Mohamed Ali, an Egyptian businessman living in self-imposed exile in Spain who has been posting videos on social media since 2 September that accuse President Sisi and the military of corruption.

Mr Ali had urged Egyptians to take to the streets on Friday to demand the president step down, and has also called for a “million-strong protest” this Friday.