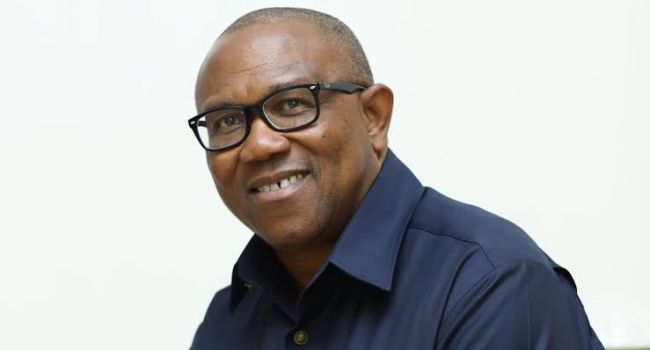 CLAIM: A viral post on facebook claims that a Secretary of State in the United Kingdom, identified as Andrew Mitchell endorsed Nigeria’s presidential candidate, Peter Obi

The claim was made in a post by a Facebook page, Delta Newsroom. According to the post, the top official in the British government endorsed Peter Obi to be the next President of Nigeria, purportedly adding that “Nigerians are so lucky to have him”

The post identified Mitchell as UK’s Secretary of State for International Development.

Attached to the post is a tick tock video showing Peter Obi purportedly in the United Kingdom meeting people, and in an interview session.

Ripples Nigeria found that the video attached is from a news broadcast of Obi’s interview with Sky News published on the medium’s website on Tuesday.

In his response, Obi explained thus: “We have 200 million people, which is a huge market for Britain. And it’s critical for Britain – as they leave the European Union they need Commonwealth members.”

In the news broadcast, Sky News described Obi as “The ‘antidote to big man-ism’ who could be Nigeria’s next president”

Obi, in the interview shared his plans for the Nigerian youths, and emphasized the need for a power shift from the status quo.

Away from the interview, Ripples Nigeria confirmed that indeed Peter Obi met with Mitchell. By the way, Andrew Mitchell is the UK Minister of State (Foreign, Commonwealth & Development Office). He held the position of Secretary of State for International Development from May 2010 to September 2012.

“Free & fair elections… Continuing my meetings with Nigeria’s presidential candidates, I met @PeterObi yesterday. Great to learn about his policies. I look forward to working in partnership with whichever candidate Nigeria elects.”

Andrew Mitchell, UK Minister of State (Foreign, Commonwealth & Development Office), never endorsed Peter Obi, he only met with him like he did Atiku Abubakar of the PDP, and after both meetings, he said, he and the UK would support any candidate/party that wins the 2023 presidential election in Nigeria

FACT CHECK: Did INEC project Peter Obi to win the presidential election based on its poll?