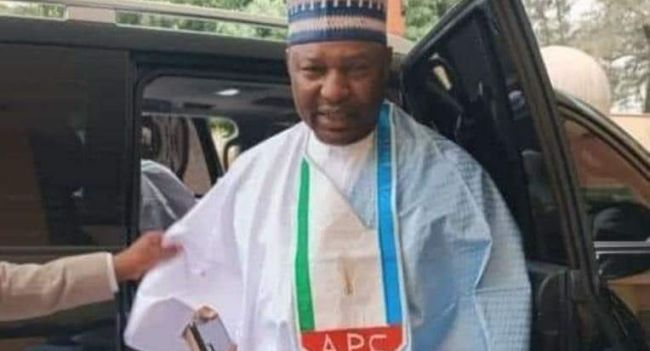 CLAIM: Some Social media users are berating the public involvement of the Minister of Justice and Attorney General of the federation, Abubakar Malami, in the affairs of the All Progressive Congress (APC). They say it is unconstitutional.

Abubakar Malami is the Minister of Justice and Attorney General of the Federation, a political appointment within the prerogative of the President. Malami is one of the longest serving ministers of President Muhammadu Buhari; he was appointed in 2015.

Malami is a card carrying member of the ruling party, and he has been actively involved in the affairs of the party. Last year, he revalidated his membership of the APC at Filin Mariya polling unit, Nasarawa1, Birnin-Kebbi, Local Government of Kebbi State.

Last month, Malami was appointed into the 35-man Technical Committee on Monitoring and Supervision for the APC convention, which was held on March 26, 2022. Other ministers like Adamu Adamu, Minister of Education; and the Minister of Humanitarian Affairs and Disaster Management, Sadiyya Farouq, were also in the committee.

Meanwhile, commentators on social media are positing that the position of the Attorney General should be as much as possible politically neutral.

Reacting to a picture of Malami in an attire with an imprint of APC, a tweep, @Olufemi_Ak wrote: “The constitution declares the neutrality of this civil service position, the constitution doesn’t stop anyone from having a favorite, what is expected is to remain silent and neutral until you vacate the seat. “Unfortunately, the judiciary system is publicly raped & bastardized.”

Below are more reactions to the picture:

“The annoying thing is some ppl will still open mouth waaa and say this APC lead government is doing Nigerians good. Just look at a whole AGF” – @solubobo

“Buhari has set a VERY BAD PRECEDENCE in all aspect of governance as far as Nigeria is concerned. Right now there is no constitution in operation in Nigeria”. – @ighostasha

“constitution in the face of lawlessness … I mean, I don’t expect more from an administration that has blatantly disobeyed court orders… even with the little tyrant prof. of law as the VP” – @gemiro

“These guys have messed up the so called democracy we had. Total mess!” – @Dann_10

Ripples Nigeria found that the position of the Minister of Justice is a political appointment, and it is not legally forbidden for the occupant to be involved in partisan politics.

A human rights lawyer, Festus Ogun, faulted Malami’s involvement in partisan politics on moral grounds but maintained that the minister has not violated any law. “This could be morally wrong but certainly not unconstitutional,” he clarified to Ripples Nigeria.

Read also: FACT CHECK: Are these bandits on Nigerian highway as claimed in viral video?

A former Minister of Justice and AGF, Mohammed Adoke, shared the same view. He called for the office to be split into two.

In his book, “Burden of Service: Reminiscences of Nigeria’s Former Attorney-General”, Mr Adoke wrote, “This is because when acting as Attorney-General, he is answerable to no one but his conscience and the interest of justice, but while in his capacity as minister, he must take directives from the president and do the President’s bidding.”

Malami’s involvement in partisan politics may be morally questioned, but no provision in any Nigerian law forbids such actions. Therefore it is not unconstitutional.

FACT CHECK: The story behind the picture of a Japanese boy carrying his dead brother

FACT CHECK: Are these bandits on Nigerian highway as claimed in viral video?