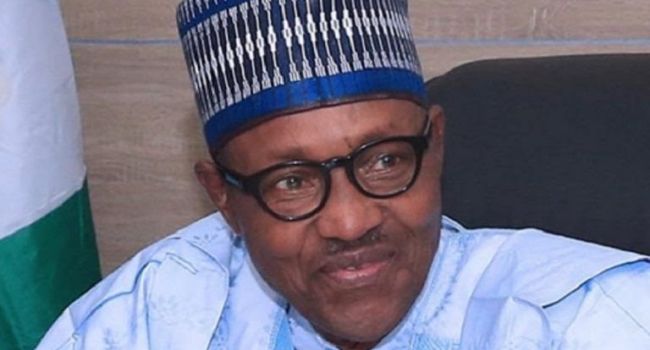 CLAIM: President Muhammadu Buhari in his Democracy Day Speech postulated that primary elections conducted by political parties across the country were peaceful.

On June 12, 2022, which marked Nigeria’s Democracy Day celebration, President Buhari made a nationwide broadcast where he asserted that it was his last Democracy Day speech, and assured that the next one would be made by a new President.

He said he was pleased that all primary elections conducted by political parties to select candidates for the 2023 general elections were peaceful and orderly.

Part of his speech read, “Recently, all registered political parties conducted primaries to select their candidates for the 2023 general elections.

“These primaries were peaceful and orderly. Those who won were magnanimous in their victories. Those who lost were gracious in defeat. And those aggrieved opted to seek judicial justice as opposed to jungle justice.

“I followed the party primaries closely from the state level to the Presidential level. I was very impressed to see across all the political parties that most candidates ran issued based campaigns. The language and tone throughout were on the whole measured and controlled.”

It read further, “Another positive that came from the 2022 party primaries was the significant increase in women and youth particularly across all parties. I was very pleased to see this development. This augurs well for the future. These trends clearly show the level of maturity our democracy has achieved in the last 23 years.

“As we move into the general election campaign season, we must sustain this mature attitude to campaigning and ultimately, voting. We must never see it as a “do or die” affair. We must all remember democracy is about the will of the majority. There must be winners and losers.

“I will therefore take this opportunity on this very special day to ask all candidates to continue running issue focused campaigns and to treat opponents with dignity. As leaders, you must all showcase high character and never forget that the world is watching us and Africa looks up to Nigeria to provide an example in governance. The tone you set at the top will surely be replicated in your followers.

Ripples Nigeria perused media reports from April till June, the period approved for the conduct of primaries by the Independent National Electoral Commission. Some of the reports captured violence in some parties’ primary elections for governorship and legislative positions.

Ripples Nigeria found that Lagos had the worst record, as primaries especially by the ruling party claimed lives.

The APC Primary election for House of Assembly and House Representatives in Igando/Ikotun, Alimoso local government area was marred by violence, leading to the death of four people. Media reportsand videos on Social media show heavy use of weapons including guns, cutlasses, knives and bottles, by thugs.

One person was also reportedly killed in Calabar, the Cross River State capital, during the APC House of Reps primaries. It was reported that hoodlums clashed with policemen at the Cultural Centre, venue of the Akpabuyo/Bakassi/ Calabar South Federal Constituency primary election of the APC.

Voters and residents at the Oyo APC Reps’ Primaries scampered for safety as the exercise at the Genesis Hotel, Ibadan was disrupted by gunshots. Although no live was reported lost, residents around the venue were subjected to fear and confusion by the May 27 exercise.

At the APC primary for Kaduna north senatorial district in Kaduna State, Journalists were reportedly attacked and their gadgets confiscated by loyalists of one of the senatorial aspirants.

The stories were not different in Ekiti and Ondo, where the governorship and legislative primaries were characterized by violence. At the primary in Ekiti Central Federal Constituency 2, an Electoral Officer, Akin Alebiosu, had his head smashed with stones and planks.

The PDP, in some states held parallel primaries, many of which were also marred by violence.

In the party’s House of Assembly primary election for the Ogbia State Constituency 1 in Bayelsa state, one person was reportedly killed

At its House of Representatives primary, a policeman was reportedly killed when violence broke out at the Handmaid’s International Nursery and Primary School, where the exercise took place.

The PDP held two factional governorship primary elections on the same day in Ogun State. One was held at the Olusegun Obasanjo Presidential Library (OOPL), which produced Oladipupo Adebutu as its governorship candidate. The other faction held the exercise at the state secretariat of the National Union of Journalists, which produced Segun Sowunmi as candidate.

Meanwhile, at OOPL, the exercise was characterized by fracas over delegates’ lists, forcing officials to halt the process for about an hour. The disagreement degenerated to pandemonium forcing INEC officials and some delegates to rush out of the venue. It took the intervention of armed security men to restore normalcy.

Other states where violence was witnessed in PDP primaries included; Abia, Oyo, and Enugu.

Buhari’s claim that primaries across the country were peaceful is largely false, as the two major political parties had their primaries, in many states marred by violence. In some cases, lives were lost.