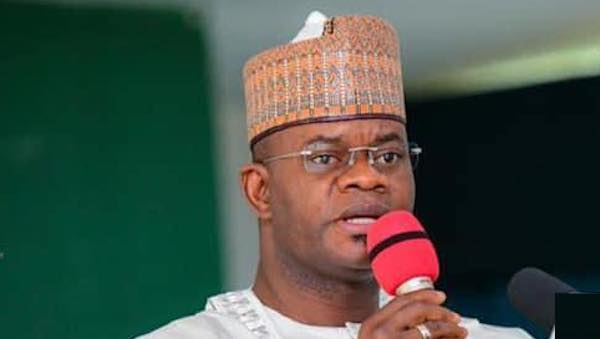 The governor of Kogi State, Yahaya Bello while seeking votes from delegates of the All Progressive Congress (APC) at the party’s presidential primary election in Abuja, boasted that he had improved security in his state.

Governor Yahaya Bello joined the race for the APC Presidential ticket ahead of the 2023 general elections. The party held its primary election between January 7 and 8, 2022, at Eagle Square, Abuja. Each of the 23 contestants wooed delegates of the party with promises of improving the security, and accelerating economic and technological growth in the country.

Although a few candidates, sensing that they did not stand a chance of winning, stepped down from the race, Bello insisted on contesting. He categorically stated that he wished to replicate his style of governance in Kogi State and the results therefrom at the national level. Amongst other achievements flaunted, he said he had championed inter-religious unity and economic growth in the state since he became governor. He also boasted that insecurity was becoming history in the state.

His words: “A lot of these issues were bedeviling my state as at the time I assumed office on January 27, 2016. Insecurity, disunity, lack of progress and prosperity. Six years down the line, insecurity is far far (sic) becoming a history (sic) in Kogi State. In Kogi state there is religious tolerance…”

The primary election was won by former governor of Lagos State, Bola Tinubu, with 1,271 votes, while Bello polled 47 votes to emerge fifth.

Ripples Nigeria mined data from the Nigeria Security Tracker (NST), a project of the Council on Foreign Relations, which documents and maps violence in Nigeria.

Data from the NST shows an upward curve in the rate of violent crimes in Kogi State, like many other states in Nigeria. Ripples Nigeria perused NSat for attacks and crimes by non-state actors in Kogi State, from 2012 till date, leaving out human rights abuses by state actors (Police, Soldiers, DSS, etc.).

Violent crimes spiked in Kogi in 2015, as the NST recorded 23 violent attacks by non-state actors. A notable share of these attacks were politically motivated as it was an election year. There were multiple clashes between members of the APC, and the People’s Democratic Party (PDP), which claimed no fewer than 5 lives.

The state also witnessed a bloody attack by suspected killer herdsmen, the singular attack in communities in the Dekina local government area of the state claimed at least 22 lives. In total, Kogi lost at least 47 lives to violent crimes in 2015, while 12 residents of the state were kidnapped.

The violent attacks resumed in 2016, almost with the same intensity. The year was free of political violence as elections had been concluded in 2015. However, cases of cultism, communal clashes, and armed robbery still caused Kogi State to lose at least 46 lives. Yahaya Bello was sworn in on January 27, 2016; violent crimes recorded by the NST between March and December, 2016 were 17, with 46 deaths and 13 kidnap victims. These figures are higher than those recorded separately in 2013 and 2014.

Read also: FACT CHECK: Did a brave Nigerian policeman hunt down one of the terrorists who stormed Owo church?

The attacks increased again in 2017, as the NST recorded 23 violent crimes by non-state actors with 50 deaths and 14 kidnap victims in Kogi. Most of the attacks occurred in rural communities and villages which were raided by “unknown gunmen” – a media tag. In one of such attacks, 1o farmers were killed; in another, 9 villagers were killed. Even a police station and four police officers fell to an invasion of “unknown gunmen” in the state.

Whilst the attacks intensified from 2016, when Bello became governor, 2018 and 2019 were particularly bloody in Kogi State. According to the NST, 113 and 122 lives were lost to non-state actors in both years respectively. The tracker recorded 21 and 43 violent attacks in 2018 and 2019 respectively. The number of violent attacks recorded in both years was more than the summary of those recorded from 2012 to 2015.

In 2021, a Chairman of the Miyetti Allah Cattle rearers Association was kidnapped; the mother of Governor Bello’s Chief of Staff was kidnapped; one of his commissioners was killed while a Local government chairman was kidnapped. In the same year, the Kabba Correctional centre in the state was attacked, four soldiers were killed, and over 200 inmates freed.

It is less than six months into 2022, yet no fewer than 32 lives have been lost to violent attacks in Kogi. The tracker recorded 20 attacks by non-state actors, and 74 kidnap victims in the state.

Less than three days to the APC special convention, where Bello boasted that he had improved security in his state, 18 Kogites were killed in a communal clash in the Basa local government area of the state.

Yahaya Bello’s claim that he has improved security in the state is disputed by data from the reliable Nigeria Security Tracker (NST) of the Council of Foreign Affairs. Violent crimes by non-state actors, such as killer herdsmen, armed robbers, cultists, and most notoriously “Unknown gunmen”, increased since 2016 when Bello was sworn in as governor.

FACT CHECK: Were primary elections peaceful across the country as claimed by Buhari?

FACT CHECK: Did a brave Nigerian policeman hunt down one of the terrorists who stormed Owo church?