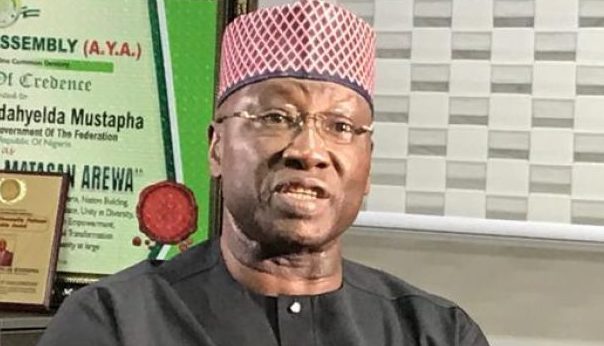 The Federal Government on Monday reaffirmed its commitment to end the spread of the Human Immunodeficiency Virus (HIV) scourge in the country.

The Secretary to the Government of the Federation (SGF), Boss Mustapha, made the government’s position known at the 14th-anniversary celebration of the National Agency for Control of AIDS (NACA).

No cure exists for AIDS yet, but strict adherence to Anti-Retroviral (ARV) regimens can dramatically slow the progress and prevent secondary infections and complications.

The SGF congratulated NACA on its 14 years of impactful response to the scourge and assured the agency of the government’s continued support.

Mustapha said the government’s domestic funding of treatment of 50,000 people living with HIV yearly was in line with President Muhammadu Buhari administration’s commitment to stemming the scourge.

In his remarks, the Director-General of NACA, Dr. Gambo Aliyu, scored the agency high in its journey so far.

Aliyu, who spoke on a topic: “National HIV Response Stewardship, Past, Present, and Future,” said the agency was on track in pursuance of its mandate.

He noted that at the commencement of NACA in 2007, the country’s HIV prevalence rate was 4.6 percent with 2.9 million people living with the virus, 212,508 on treatment and 251 treatment sites.

The NACA chief said the prevalence rate was reduced from 4.6 percent to 3.4 per cent in 10 years and the progress made so far was clearly spelt out by the National HIV/AIDS Impact and Indicator Survey (NAIIS) in 2018, which estimated 1.3 per cent prevalence rate.

Formerly called the National Action Committee on AIDS, NACA was established by the federal government to coordinate the various activities of HIV/AIDS in the country.