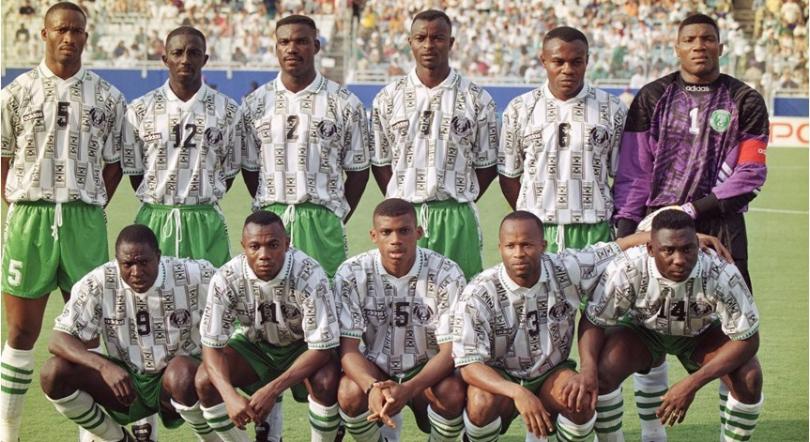 Former Nigeria International, Austin Eguavoen has revealed that some of his teammates are yet to receive the houses promised to them by the Federal Government after they won the 1994 Africa Cup of Nations (AFCON).

Nigeria won the 1994 edition of the nations Cup in Tunisia, with a set of players considered as the greatest team in the history of Nigerian football.

The class of 1994 were specially honoured at the Nigeria Football Federation (NFF) Awards which held at Eko Hotels and Suites in Lagos on Monday night.

Although Eguavoen did not mention the number of players yet to receive their houses, he pleaded with the NFF to liaise with the government to see that the promise is fully fulfilled.

“NFF should please help us talk to the right quarter in government to release those houses for our members who are yet to get theirs,” Eguavoen told reporters at the Gala as cited by This Day.

“Five of our colleagues have died. Rashidi Yekini, Uche Okafor, Thompson Oliha, Wilfred Agbonavbare, and Steven Keshi are no more with us. We don’t want their labour to be in vain.

“If any one of our dead colleagues is yet to get the house before he died, they have children they left behind. Let them get the houses.”

The class of 1994 Eagles were a superb team that conquered Africa in April of that year. They went on to perform excellently at the FIFA World Cup in June, 1994,and by the end of the tournament, Nigeria was ranked 5th in the world by FIFA.

There is a planned reunion for the team later in April, to celebrate 25 years since their achievements.