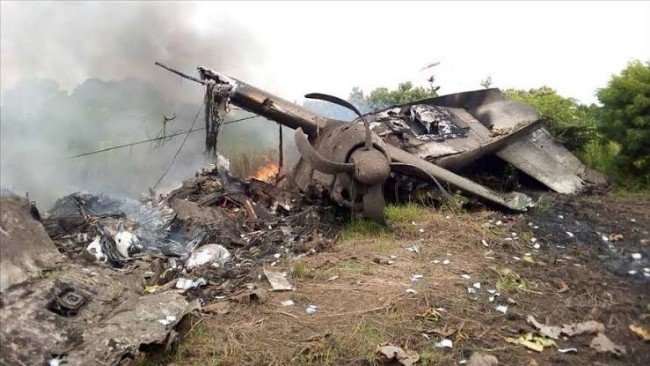 Airport officials report that the aircraft, a Soviet-era Antonov An-26 transport plane, crashed shortly after taking off from Juba’s international airport, killing everyone onboard.

“One of the deceased is a South Sudanese, two are Sudanese and two are Ukrainians,” David Subek, head of the South Sudan Civil Aviation Authority, was quoted as saying.

The cargo plane belonging to a local operator was reportedly carrying 28 barrels of fuel for the WFP to Maban, a district housing more than 100,000 refugees.

According to the airport’s director general Kur Kuol, the plane hit a mango tree and caught fire.

“The people on board were burnt. They are in bad shape,” said Kuol.

Since independence in 2011, South Sudan has been in the throes of a chronic economic and political crisis, with a serious lack of a reliable transport infrastructure, with plane crashes often blamed on overloading and poor weather.

Overloading of planes is common in South Sudan, and was believed to have contributed to the 2015 crash of an Antonov plane in Juba that left 36 people dead.

President Salva Kiir on March 3, ordered the suspension of an airline after one of its planes crashed in the country’s east, killing all 10 people on board including the two pilots.