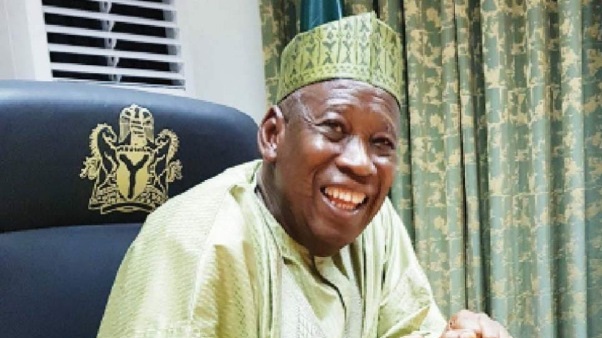 Kano State governor, Abdullahi Ganduje has confirmed that efforts are underway to resolve the misunderstanding between him and the Emir of Kano, Muhammadu Sanusi ll.

Ganduje revealed that much while fielding questions from newsmen on Tuesday after a closed-door meeting with President Muhammadu Buhari at the State House, Abuja.

According to the Kano State governor, discussions are on to resolve the issue between him and the emir. When asked how far they’ve gone on the reconciliation, he said, “it is still going on.”

On whether he is hellbent on removing the emir, he stated, “who told you that? The discussions are still going on. Negotiation ongoing and from all indications, the issue would be resolved.” When asked whether the emir has agreed to apologize to him, Ganduje said “it is not the matter of apologizing or not, it is matter of understanding.”

His comments comes a day after Emir Sanusi got a breather as a Federal High Court sitting in Kano ordered Ganduje and the State Public Complaints and Anti Corruption Commission not to take any action against him.

Justice Obiara Egwuatu, while ruling on a suit filed by Muhammad Mannir, the Dan Buran Kano, ordered the state government not act on the preliminary report on alleged misappropriation of N3.4 billion by the Kano Emirate Council.

Mannir had approached the court on June 7, seeking an order to restrain Ganduje, the Commission and the state Attorney General or their agents from acting on the preliminary report of the investigation.

Justice Egwuatu, while issuing the restraining order, directed that the respondents be served through a publication in the Daily Trust newspaper and the Attorney General of the state.

The case was adjourned to June 28, for hearing of the motion on notice.