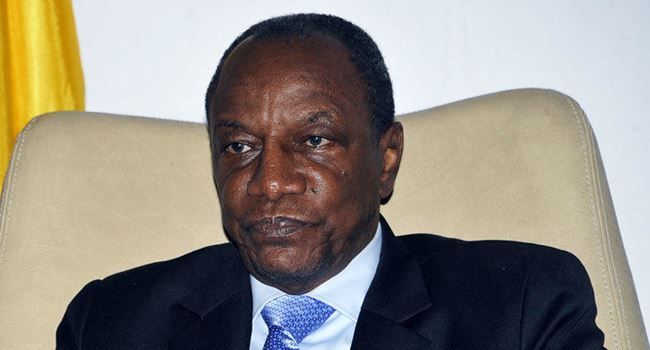 No-nonsense President of Guinea, Alpha Condé has fired three ministers of his cabinet over a teachers’ strike last week which left seven people killed and a dozen others injured.

The affected personnel including Ibrahima Kourouma, the minister of pre-university education, and Civil Service Minister Sekou Kourouma along with Environment Minister Christine Sagno, were sacked from office according to a decree read on state television on Monday.

Though the decree gave no reasons for the dismissals, a senior government official, who asked not to be named, said the sacking of Ibrahima Kourouma and Sekou Kourouma were directly linked to the strike.

The development comes days after a court in Conakry, the capital of Guinea sentenced five opposition members to varying jail terms for staging anti-government protests in the country.

The five leaders of an opposition alliance sentenced in connection with a series of protests that hit the country last week include Abdourahamane Sanoh, the leader of the National Front for the Defence of the Constitution (FNDC).

Sano was sentenced to a year in prison, while four other leaders were given six-month sentences and two were acquitted.